“A perimeter loop around the Green Mountain area with 3 distinct sections. ” The Green Mountain Loop is a continuous trail all the way around the perimeter of the trail system. It could almost be broken into 3 separate trails because the sections are so different. Most people wouldn't ride the entire loop - there are too many better trails that branch off like Hayden Trail and Rooney Valley Trail.

As mapped here, it's ridden counter-clockwise. Heading that way, you'll bear right at the first trail sign / junction. You can also go hard right, which is a different trail, a connector up to the Rooney Valley Trail. Either of the right trail options will get you on the Green Mountain Loop, and left would take you clockwise on the loop.

The first section on the west part of the park is good rolling singletrack. It's the most enjoyable part of the trail from a riding perspective, and beginners will be able to ride all of it, while working on their skills a bit. There are also several little turnoffs to the right where you can relax a bit and catch views of Denver in the distance.

Continue to follow the singletrack through a few signed intersections. The trail will take you gradually left, and you'll pass the Utah parking and eventually end up at the Florida parking. Here, the trail turns sharply left and heads steeply uphill. The climb at this point is a bit of a grind, but the views are nice as you get higher up.

Keep riding up along the ridge past the radio tower, and you'll get some nice views off to the left. The trail along here is almost as wide as a dirt road, and smooth. Climb a bit further along the ridge and you'll find a nice, resting spot before the trail heads down again.

The trail stays wide the rest of the way down, and descends fairly steeply as it winds its way back down to the starting point.

in Hayden Park on Green Mountain

in Hayden Park on Green M… 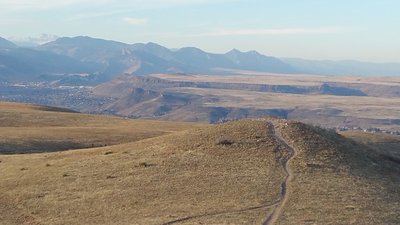 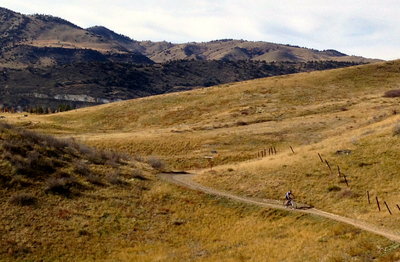 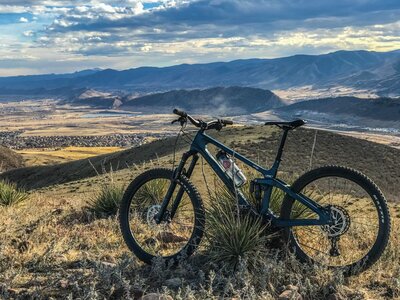 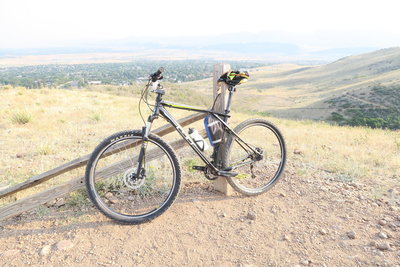 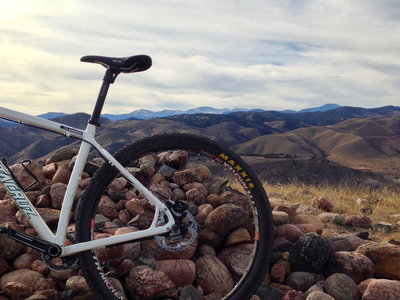 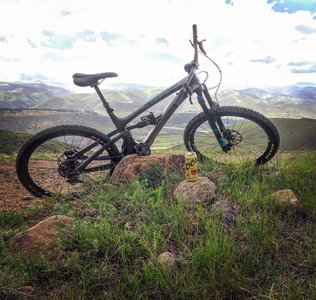 Mount Falcon - The best of the singletrack