“An epic backcountry traverse across some of the Shenandoah's most challenging terrain. ” Although the trail is always open, be aware there is hunting allowed in the George Washington National Forest several weeks during the Fall. Consult the GWNF website for more info.

The orange-blazed Massanutten Ring is a 68-mile loop along the ridges of the eastern and western Massanutten Mountains, encircling Fort Valley. The Ring is hard, rocky, and brutal with long stretches of ridge line singletrack overlooking the Front Royal and Shenandoah River valleys. Many sections of The Ring are composed of shorter, more popular trails, such as Massanutten Trail - Edinburgh Gap Rd. to Mudhole Gap, Elizabeth Furnace - Figure 8 of Hate, or Tuscarora - Bear Wallow Trail #405.2. However, only the hardiest riders should attempt a "Full Pull" of the entire loop in a single ride.

The challenging terrain can require more time than one might expect. For planning purposes, 5 miles per hour is a fast pace.

The Massanutten granite can be punishing on bodies and equipment, and with few bail-out options along the ridge you'll need to be fully self-sufficient. Sticky tubeless tires, full suspension, and spare equipment are vital to a successful pull.

Some portions are infrequently ridden in summer and can quickly become overgrown. Duncan Hollow often has significant blackberry growth, while Kern Mt. and Short Mt. both can close in when the underbrush has leaves.

The trail is predominately rock and dirt covered gravel, and drains exceptionally well. The upper elevations along the ridge are nearly always mud free, even after heavy rain. However, when wet, the rocks can also be very treacherous.

This version of The Ring starts near its northern terminus near the Elizabeth Furnace Recreation Area. Other possible starting points with parking and camping include Camp Roosevelt or Edinburg Gap.

From the Elizabeth Furnace Recreation Area, cross Passage Creek and follow the orange-blazed Massanutten Trail up Shawl Gap to the eastern ridge. The climb is mostly rideable until the last few hundred yards, where a tumble of granite will force you off your bike.

Once on the ridge, head south following orange blazes. As the trail traverses the ridge, it will throw a little of everything at you: short, steep, upward grunts, fast and flowing treed sections, and plenty of jumbled rock sections that all require full-body efforts. Continue south past Sherman Gap. The descent to Veech Gap provides the first extended downhill, where the beginning is quite technical and rocky but then mellows by the finish.

From Veech Gap, orange blazes will lead you up an old logging road back to the ridge for more for technical and rocky singletrack. You'll bump and grind along the ridge, past Milford Gap, Indian Grave, and Habron Gap until you reach the cut-off for Kennedy Peak. Follow more orange blazes to the right around the peak and downhill until you reach Edith Gap. Camp Roosevelt lies a short distance down the road along SR 675, and provides easy access to running water or a swag drop.

From Edith Gap, follow orange blazes up Duncan Hollow, another old logging road climb through mixed forests with few technical portions. A brief descent off the top will intersect with the Scotthorn Gap Trail; take the hard left for the Massaanutten Connector towards the southern end of The Ring. After a lose and rocky descent, you'll head back uphill for the mile-long, waterfall hike-a-bike, eventually ending up at Crisman Hollow Road, another possible auto access point for re-supply.

Orange blazes will then lead you to Mt Kern along the western ridge - one of the most challenging sections of The Ring - with short climbs and descents littered with rocks of all sizes. Some sections will be rideable, but many are best left to walking. You'll get a short respite from rock-crawling after the descent from Jawbone Gap, but will have to push up the ridge again to Short Mt for more bump and grind. Finally, a fast, and sometimes exposed, descent will lead you down to Edinburg Gap, another possible re-supply point.

After crossing SR 675, climb the narrow singletrack to Waonaze Peak, then enjoy an extended ridge line traverse to Woodstock Tower - a slight downhill, nearly completely rideable with a few large moves. Cross the tower road for another extended ridge line blast before the steep plunge down to Mudhole Gap.

Although you'll be nearing the end of the ring, this last stretch will try to break you both mentally and physically. Follow orange blazes north on a gravel road that trends gradually upwards to Signal Knob. Be sure to not miss the short singletrack section that skirts the west side of Strasburg Reservoir. After rejoining the road, the trail will kick upwards to more than a 20% grade as you approach the communications towers. The actual summit lies shortly ahead, along a difficult, rock-strewn singletrack traverse.

After the intersection with the Meneka Peak Trail, the final descent to the Signal Knob Trail will test the most skilled riders with several extended rock gardens. Be careful not to miss the hard right switchback!

Continue descending to a parking lot, then rejoin the trail at the far end for a short climb and descent back to Elizabeth Furnace.

While many of the trails that compose The Ring have been around for more than a century, the entire 68-mile Massanutten Trail was not stitched together into a full loop until 2002. In the same year it was created, several local ultra-marathoners took it upon themselves to complete a one-day, full pull running the ring, now an annual invite-only event. It was not until 2012 that Kyle Lawrence and Mike Carpenter made the first successful full pull on mountain bikes - Mike in 17 hours, Kyle in 19 hours. There have been anecdotal stories of others attempting to complete the full ring, but the only evidence points to aborted tries, thunderstorms, darkness, and broken bodies. Sam Koerber and Jeremiah Bishop made an attempt in 2012, but had to call it quits nearly 11 hours into the ride when strong thunderstorms put them out of light and energy. The last recorded full pull by MTB was made by Barry Croker in 2015, who completed it self-supported and solo in just over 17 hours. 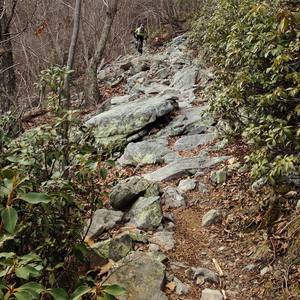 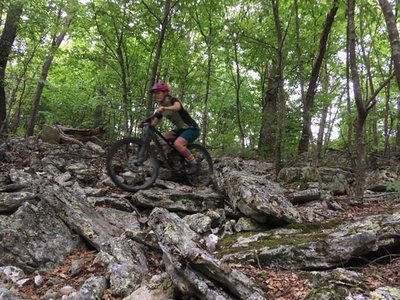 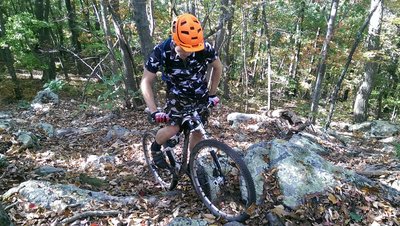 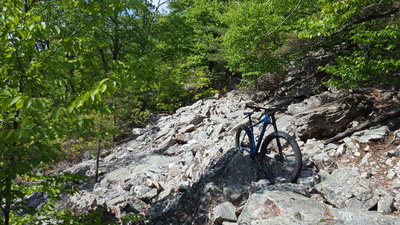 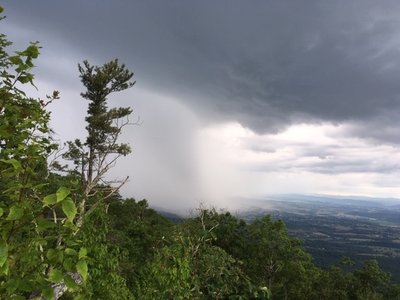 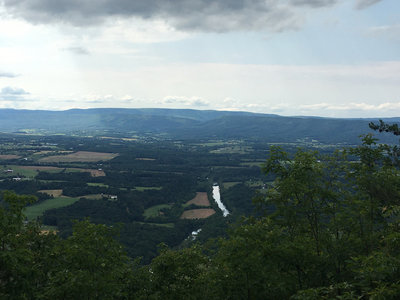