This ride is on National Forest land which has many uses, but be careful in the fall with hunting season.

The Tuscarora County Line Trail (1013.3) is part of the Virginia Mountain Bike Trail, a 480 (!) mile long-distance route that follows the western edge of Virginia, linking trail systems throughout the George Washington and Jefferson National Forests, primarily via singletrack.

Used predominately by hikers, the trails receives regular maintenance from the Potomac Appalachian Trail Club. Thanks to their hard work, numerous blow-downs are regularly cut out of the trail tread.

There is a bailout option at the halfway point. At PATC's Paul Gerhard Shelter (4 miles into the 8.2 mile ridge trail), you can descend the 1.5 mile Gerhard Shelter Trail (902), to Forest Road 93 . This allows you to bypass the more technical southern end of the Tuscarora County Line Trail , as well as the boggy mud holes on Vance's Cove.

Starting from one of the car pull-offs on Forest Road 93 , head north on the gravel road to State Route 55. Turn left to climb Great North Mountain on 55. Ride single file and stay alert as 55 can see heavy traffic from West Virginia commuters and folks driving to the mountains on weekends. Note-there is a small parking pull off on Route 55 right at the trailhead, though it can get crowded and is not the best place for a post ride hangout!

At the crest of the climb, you'll see a Forest Service gate and a sign for the Tuscarora County Line to your left, turn here to enter the Tuscarora County Line Trail (1013.3). At the trailhead, there's a kiosk with information on the trail and others in the district, as well as paper maps for visitors to take along on their adventure. The route is fairly straightforward, but the maps can provide some context to the route and peace of mind for the less navigationally inclined.

The trail begins as a smooth doubletrack access road maintained by the power line crews, but don't be lulled into complacency! Within the first two miles of the trail, you'll encounter the first steep pitches, climbing to the power line cut that offers excellent views of Paddy Mountain and the Shenandoah Valley to the east and the Lost River Valley to the west.

The trail narrows to true singletrack and traverses steep rocky pitches and wide open exposed ridge tops similar to the Northern Traverse . Four miles into the ride, you'll encounter the Gerhard Shelter and your first intersection. The Potomac Appalachian Trail Club maintains this backpacking shelter that sits in a low flat of the ridge. It makes a great place for a lunch stop, and a trail descending east (Trail 902, Gerhard Shelter Trail on the USFS map), offers a quick bailout to Forest Road 93 for those looking for a shorter ride. There is a potable spring halfway down Trail 902 if you're running low on water. For those in for the full pull, continue south on Tuscarora County Line Trail (1013.3), climbing away from the shelter.

Several steep pitches littered with rock moves await as you climb back up the ridge, but the reward is a long, gradual, rocky descent that dumps you into the first in a series of tricky, technical switchbacks that will require you to dismount in spots. The trail ultimately connects with Waite's Run Road on the West Virginia side of the mountain.

At this intersection, turn left to continue up the gravel road, skirting Waite's Run, a popular fly-fishing stream. You'll pass the trailhead for the Tuscarora Pond Run Trail (1013.2) on your right, and eventually pass through a forest service gate, before continuing to climb on Wilson Cove Trail .

Turn left at this intersection to cross Paddy's Run and climb up the bank to Forest Road 93. Turn right on Forest Road 93 to being the recovery spin back to your cardepending on where you parked, this could be a quick roll or a relatively tough slog five mile slog back to Route 55.

Since 1863, this portion of the ridge of Great North Mountain has served as the state line between Virginia and West Virginia, separating Shenandoah County, VA from Hardy County, WV. Wilson Cove is the one exception, and remained disputed territory well into the 20th century.

As late as 1926, the Cove was marked "No Man's Land" on maps, and it was only the Forest Service's move to purchase mountain lands to add to the nascent GW Forest that forced a resolution in the courts. The water courses in Wilson Cove drain to the west through the water gap in Great North Mountain, while the streams of Vance's Cove drain eastthe new state boundary was drawn up to reflect this hydrological division. Now Wilson Cove is firmly a part of West by God Virginia, despite being east of Great North Mountain, ending a dispute that predates West Virginia's statehood! 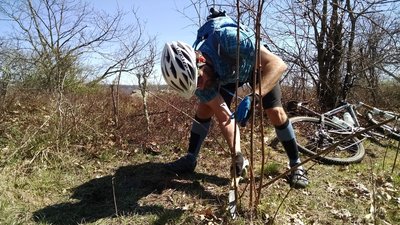 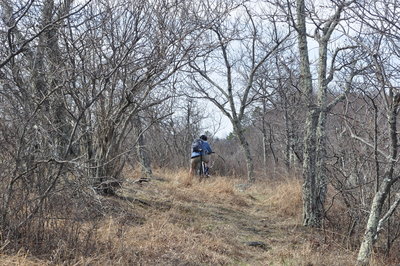 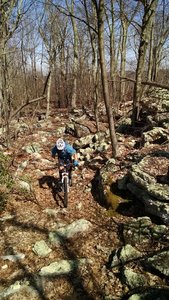 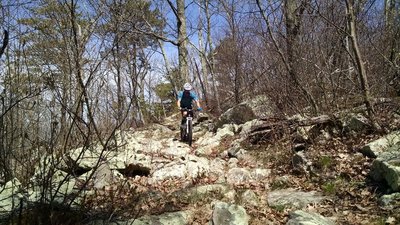 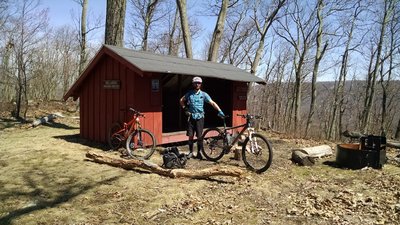 All Clear 62 days ago See History