“A ride for stronger roadies that want to try mtb or those that like mixed media. ”

This ride takes a fast route to the foot of Mt. Tam. from San Francisco and then ascends and descends via the lowest offroad grades. It is mapped from BART station to BART station but can be joined or ended in multiple other locations along the way. For instance Larkspur Ferry for a return to San Francisco or the Golden Transit 40 via a stop just off the path north from Larkspur Ferry for a lift to the East Bay.

If you want to go to the peak, you'll probably want a bike lock as the last bit is walk only.

As laid out, the ride starts at Embarcadero BART. It can be picked up anywhere along the San Francisco waterfront north of the Ferry Building. The ride starts on the Embarcadero cycling lane but the adjacent wide sidewalk is legal if you want to ride farther from motorists at the cost of a mile of people dodging.

The City wants you to turn left at North Point, which has a red signal at every intersection depending on your luck. This ride opts for the waterfront through Fisherman's Wharf. Also slow going because of all the people, but slightly faster and more entertaining. Particularly for the contrast with where you are headed.

After Fisherman's Wharf, the ride is on paved paths all the way to Marin through Aquatic Park, Fort Mason, the Marina Green, and Crissy Field before climbing to and rolling the bridge. At the north end of the bridge, either cross through the parking lot if on the west side or continue to follow the path if on the east side to Alexander Avenue. Turn right and follow the main flow of motorists to and through Sausalito.

At the intersection where the road becomes a freeway onramp, take the path entrance on the far right corner. It crosses under the freeway then passes through a beautiful wetland with Mt. Tam squarely ahead. Just after the path curves right, take a connector to Miller Avenue to the left and ride Miller to downtown Mill Valley. Make your way the couple blocks through downtown to the right to Blithedale Avenue and take a left.

After a mile, take the dirt road entrance on the right. This is Old Railroad Grade, which you'll ride to the crest. True to its name, it is the longest uniformly steady dirt climb in the Bay Area. Note there is a paved section not far along renamed Fern Canyon Road. Continue climbing steadily onward.

At its western limit, Old Railroad Grade switchbacks around West Point Inn where there is water and picnic tables with a stunning view. The ride continues east up to the saddle between Middle and East Peak. As mapped, it turns left on pavement but if you want to go to the highest peak turn right, lock (or maybe pick?) your bike up at the end and hike the last bit.

The ride continues west on pavement to connect to Rock Springs Lagunitas Fire Road for the downhill, the less technical of the two north face routes in keeping with this ride. The alternative is Eldridge Grade Fire Road whose entrance is just a couple hundred feet east of where Old Railroad Grade ends. It involves either rock work or a smooth but narrower path depending upon the line ridden. If you follow Eldridge it reconnects with the ride about two thirds down the mountain.

After a brief climb, Rock Springs Lagunitas descends to Lake Lagunitas. The Water District has created massive rollers to divert runoff, as it has done on most of its roads, that make for more fun. At Lake Lagunitas, the ride goes right along its south bank and then climbs a bit for the descent to Phoenix Lake. Turning right at the four-way intersection after the descent takes you along this lake's north shore and then drops you to Lagunitas Road. Follow this to a right on Ross Common. Take the second driveway left for the Corte Madera Creek - upper trail. From here, spin along the path with a short gap on South Eliseo Drive to Sir Francis Drake Boulevard.

At Sir Francis Drake you have options depending upon where you are headed and how you want to travel. You can end the ride at Larkspur ferry for the trip to SF. Or turn north on the overpass for the SMART train north or its path to the GGT 40 bus on Bellam for a lift to the East Bay.

To continue the ride, head east across the newly open Richmond-San Rafael Bridge (you have to ride a bit of freeway shoulder to the bridge, which is legal; see bridge path description for more). After the path ends, the ride follows streets through Point Richmond to the Garrard/Ohio cycletracks to the Richmond Greenway West. Turn left for a short distance until 16th ends at the Richmond BART station. Congratulations. 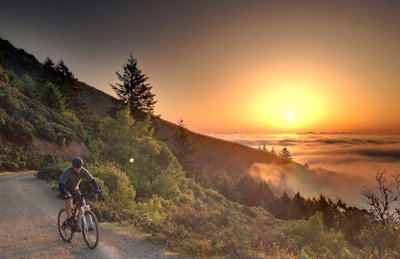 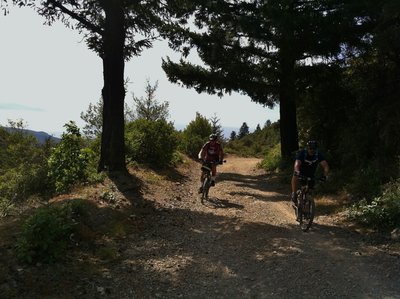 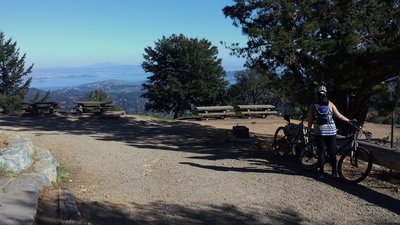 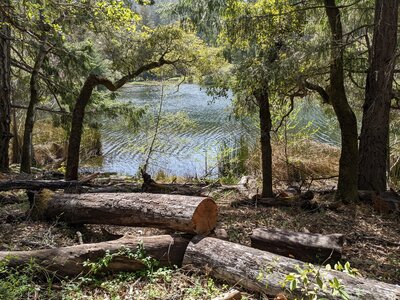 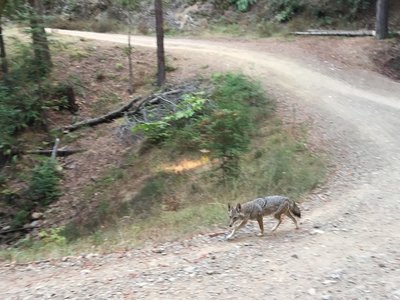 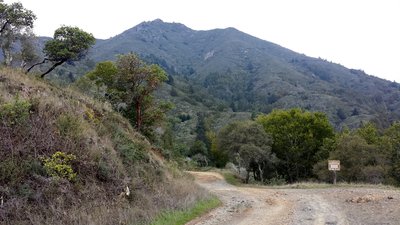