Dark Side of the Briones (auto free)

“A lovely roll through the shadier side of Briones ends with a little-known pipeline right-of-way trek. ”

This is a point-to-point ride made possible by the Bay Area's awesome mix of parks and rapid transit. Provides for traveling only through the shadier eastern side of Briones Regional Park. From here, the ride rolls down the road for a couple miles and picks up a little known California Riding and Hiking Trail. This trail mostly follows a pipeline right of way, which are notorious for going straight through without regard for topography. Ride ends with a few mile coaster to spin on road to Concord BART.

Somewhere near the midpoint of the Riding and Hiking Trail is a goathead patch. AKA natural caltrops. AKA tetrahedral thorn balls that will puncture through. And where there is one, there are hundreds. The hazard of these peaks in the summer when they have dry hardened but not yet stabbed some other poor soul. So if you ride it, I suggest tubeless with a fresh load of sealant in order to answer questions three ere the other side you'll see.

Or you can use your favorite map app to skip the Riding and Hiking Trail and find your way to Pleasant Hill/Contra Costa Centre BART from where the Brookwood Trail ends on Reliez Valley Road.

This ride starts from the Lafayette BART station with a pleasant mile and half spin up Happy Valley Road (kid you not). The first part even has a sort of bike path to the side of the road so you don't have to worry about getting slammed from behind. You have to ride the road without a shoulder for the last part though. A chance to spin it up and get through it quickly to complete the warmup.

Turn right on Panorama Drive. You'll know it by the school crosswalks. Steep grunt on pavement followed by steep grunt on fireroad. An option to make the slope of the upper dirt part more tolerable is the left onto Mariposa Trail doubling back on Russell Peak Trail.

From Russell Peak, the ride is short climbs followed by steep drops on fire road. Turns right on Spengler Trail after a short stretch on Briones Crest Trail. The final drop is on the aptly named Diablo View Trail. Pause partway down to take a look. Then head out of the park by connecting to the Brookwood Trail via Tavan. Note Brookwood is the name given for the purposes of MTB Project as this trail does not have a name on the park map or signed in the field.

Brookwood becomes an actual singletrack shortly after the start of the trail. One of maybe only two in Briones. Not saying much though as it is only a bit more than a half mile long.

From here a left on Reliez Valley Road to a right on Alhambra Valley Road. Almost a coast. Look for the gap in the wall to the right not far before the train trestle and duck through. Take a left on the far road to its end and angle right under the trestle. Ride along the trestle, turn right on the next road, and immediately look for the signed train entry on the left. Shortly after, up the driveway and on your way. It is an odyssey of ups and downs on trail reinforced by telephone pole segments interspersed with odd road crossings and a segment actually along a road. Until it is over and you out. To Concord BART.

This ride ends on a California Riding and Hiking Trail. If you search MTB Project, you'll find snippets of other Hiking and Riding trails. I don't know much about them other than they are relics from some other vision of California suburbs/exurbs that barely got implemented. 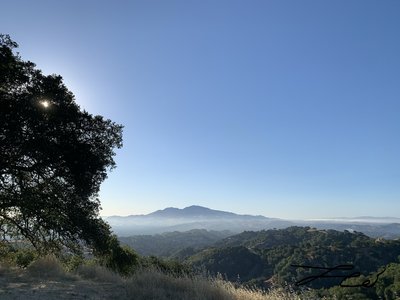 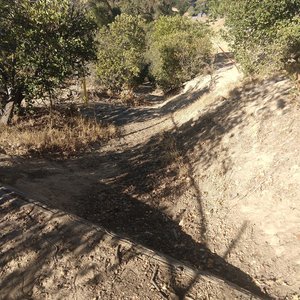 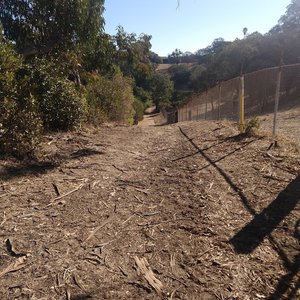 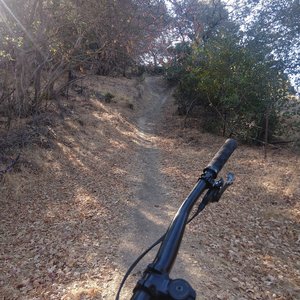 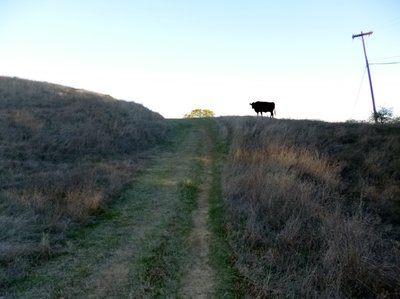