“Ride through forest to explore one of the highest peaks in the Santa Cruz Mountains. ”

This ride takes you through the Sierra Azul forest to the summit of Mount Umunhum where the views are stunning. This summit is one of the highest peaks in the Santa Cruz Mountains and also has very interesting history.

Get more info and download a free audio guide describing the natural environment, the scenery, and the rich history of the area: openspace.org/mount-umunhum…

This loop ride starts at the east entrance of Sierra Azul Open Space Preserve (at the intersection of Hicks Road and Mount Umunhum Road).

Ride up Mount Umunhum Road (10-12% slope), and after 1.7 miles, there is a large display sign on the right side of the road. This is the trailhead for the singletrack Mount Umunhum Trail. (This trail was opened to the public on September 18, 2017.)

Ride through the forest for 3.5 miles with lots of hairpin switchbacks. The average slope is about 6%. The last 0.2 miles is open only to hikers. To reach the summit, ride for 0.2 miles on the paved road.

The views from the summit are great: Silicon Valley lies below you, and (on a clear day) one can see all the way to San Francisco, Monterey Bay, and the Pacific Ocean. There are great views of all the mountains in the area, including Mount Hamilton and Mount Diablo. There are a few interpretive signs along the trail and many more on the summit area.

The summit of Mount Umunhum has an eight-story concrete tower that is visible from many places in the South Bay Area. That tower was once a base holding a radar dish operated by the US Air Force from 1957-1980. After the base closed, the land was bought by the Mid Peninsula Open Space District (Mid-Pen) to be used as an open space for the public. However, due to hazardous materials and other safety issues, it was not open to the public until September 18, 2017.

For over 30 years, Mid-Pen worked on returning the area to mostly its original natural environment. However, they kept the iconic 86-foot tower.

The mountain's name means Hummingbird in the Ohlone language. 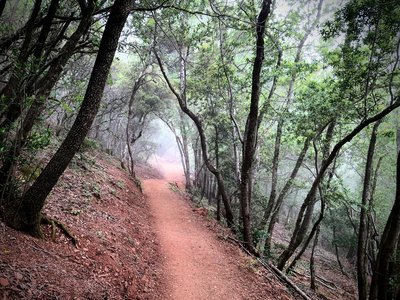 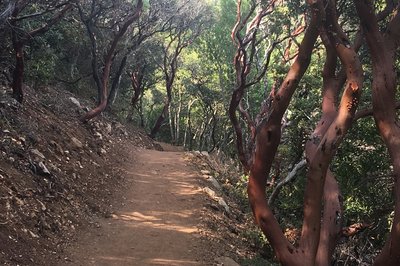 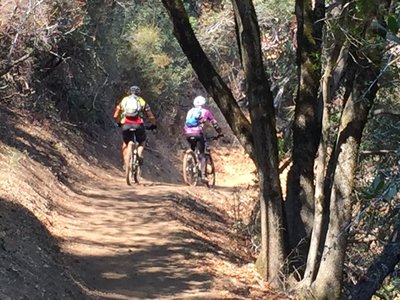 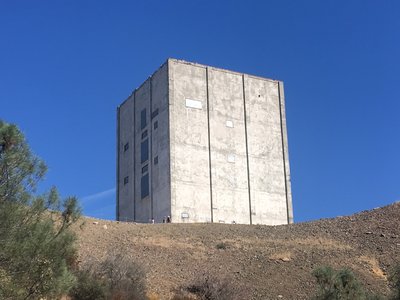 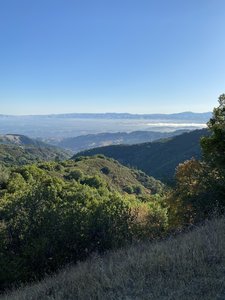 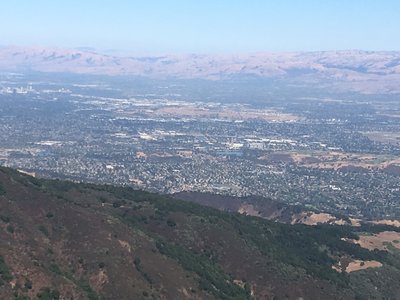 All Clear 8 hours ago See History

El Sereno Up and Back