Mine Hill Trail runs between the main park entrance in New Almaden and the westernmost point open to bikes, where it connects with Randol Trail. In elevation terms, it's a straight up-and-down, with an uninterrupted 1,100 ft. climb for first three miles followed by a 700 ft. descent for the remaining two miles. Like all bike trails in the park, it's 100% doubletrack.

The trail begins with a 1.1 mile, 500 ft. ascent to Cape Horn Pass, a 4-way intersection with a picnic table. The road is mostly well-packed dirt with very occasional loose or protruding rocks and run-off erosion. At the intersection, Mine Hill Trail continues to the left. Straight (through a gate) is the start of Randol Trail. To the right is a connector to Virl O. Norton Trail, a steep and otherwise unremarkable descent to the Mockingbird Hill park entrance.

From Cape Horn Pass, the trail continues up until it gets to the other side of the ridge. As of this writing (May 2018), some stretches have been resurfaced, offering a smooth ride on the way down. Don't go too fast through turns because traction on packed gravel is sketchy. Other sections are rockier and more eroded than on the way to Cape Horn Pass. This portion of the trail has plenty of tree cover.

About 0.5 miles on the way up, Castillero Trail branches off to the left, allowing access to English Town, the rotary furnace, and other historical sites. If you stay on Mine Hill Trail, after another 0.5 miles or so a short offshoot on the left takes you to San Cristobal Mine, the only remaining visible mine entrance in the park. Unfortunately, the entrance is now blocked off because of stability concerns. Until a couple of years ago, it was possible to walk in all the way to the vertical shaft and feel the warm draft from the depths.

At the top of the ridge Castillero Trail rejoins from the left, at a spot known as Bull Run. There are a couple of tables with a scenic view of Mount Umunhum and the old radar tower on top. The trail continues to the right and soon begins a 2 mile descent. The road down has a few rocky sections with very loose gravel, but is mostly well-packed dirt with occasional erosion, like the rest of the trail.

At the end of the bike-legal part of the trail is a bench with a great view of Guadalupe Reservoir. The trail continues further, but the remainder is closed to bikes. Randol Trail rejoins through the gate on the right, offering an alternative (and better shaded) return option. 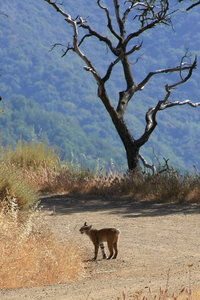 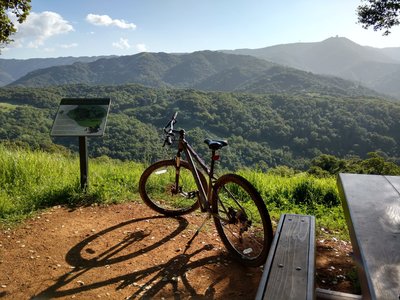 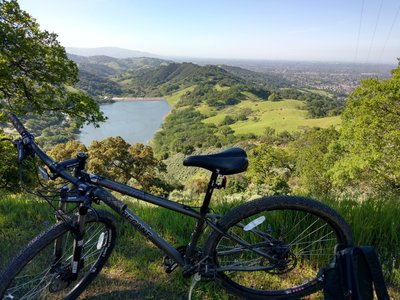 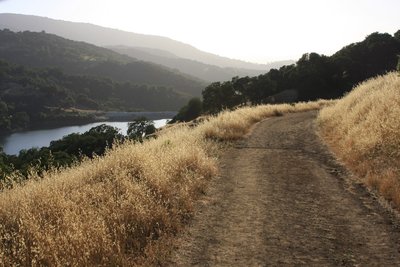 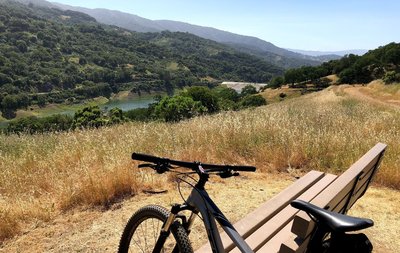 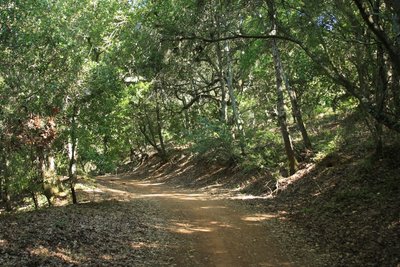 All Clear 10 days ago See History

El Sereno Up and Back