“This ride features a steep ascent/descent on fire road and passes near the outdoor location for the M*A*S*H sitcom/movie. ”

This ride can be done in either direction but both feature a challenging fire road climb and a screaming fire road descent. There is some good, although short, singletrack: a portion of Crags Road along Malibu Creek, a fun, rocky section at the high point near mile nine, and the last mile of the descent on Backbone Trail: Corral Canyon Trailhead to Tapia Trailhead. The Backbone Trail has great views and a cool ocean breeze in summer. At about mile 3.5, you can go back into a canyon where there is a small lake/swimming.

This is followed with an easy ride out along Crags Road to the location for the M*A*S*H outdoor set. There is about a half mile of singletrack along Malibu Creek just before the M*A*S*H set.

Once you reach the top of Bulldog Motorway, turn left onto Castro Peak Motorway and descend to the Corral Canyons Parking area. From there, you can continue following this loop along the Backbone Trail: Corral Canyon Trailhead to Tapia Trailhead which initially is a steep but rewarding climb on a rutted, wind-formed, very grippy rock formation. The reward for this climb is a short descent of the same rock formation.

Much of Malibu Creek State Park is the former 20th Century Fox Ranch. It was used by the studio to shoot a number of movies. Perhaps though the property is best known as the outdoor site for M*A*S*H. (Since many of you are probably too young to remember - this was a movie and later popular television show set in a Mobile Army Surgical Hospital during the Korean War running from 1972-1983). You'll reach this site around 4.7 miles. There are a couple of very rusted vehicles, one less rusted ambulance, and a couple of informational placards. 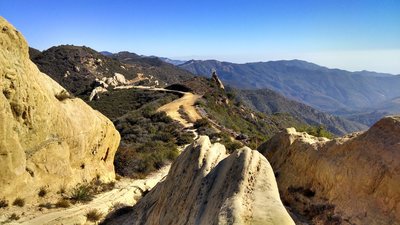 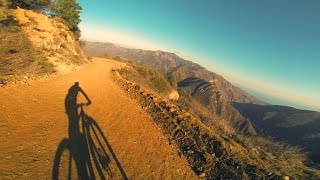 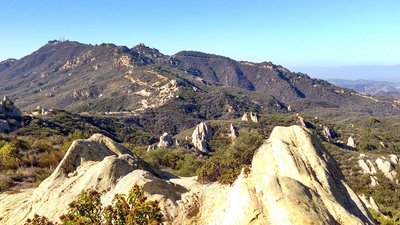 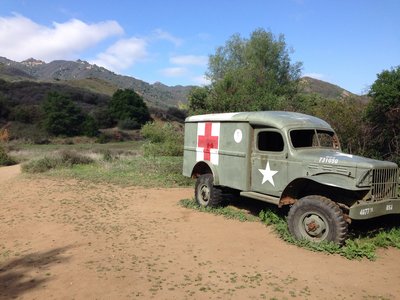 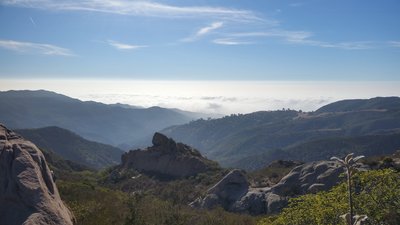 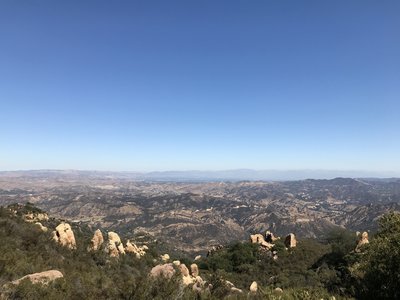 All Clear 74 days ago See History