“A flat and often fun ride through the woods around the lake at Findley State Park. ” There is fun to be had at Findley State Park. The mountain bike trail winds through the woods on generally twisty singletrack through flat terrain. There are many sections where the going gets significantly harder and definitely some where it opens onto fields or doubletrack paths. It takes a loop around a lake with lots of wildlife promised along the way. Why not go around again?

This trail is often one of the last in the region to be clear of mud. If you're traveling any distance to get here, wait until later in the season before testing your luck. The most prolonged sections of mud are found in the middle of the trail.

Follow the signs into the park and to the mountain bike trailhead. The trail leaves from the southeast side of the lot, next to a gate. There is a map and the trail race records here. Follow the path to the left and shortly drop into the woods on the left.

The trail is marked as one-way and it's blazed with orange markers. Follow it through the woods, past an earth dam and spillway, and further on back into the park.

There are many small stunts along the track. These include log rides, mounds over downed trees, and even two teeter-totters. Hit them all if you have the chops. You'll cross other trails and paved roads several times.

Bring your discs because there's also a frisbee golf course. There is also camping available in the park. Details can be found at: dnr.state.oh.us/findley/tab…

Later on in the ride, you'll come across a large built up 180 degree berm, followed by a bridge which is challenging to ride onto. The trail shortly splits into "fun" and "easy" sections. The fun turn will take you through a GREAT gully that you crisscross with great flow several times.

Shortly you'll be riding next to the lake for a bit and by the beach. The rest of the ride is doubletrack paths from this point and then you'll be back at the parking area. 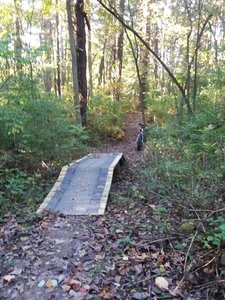 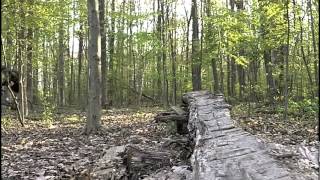 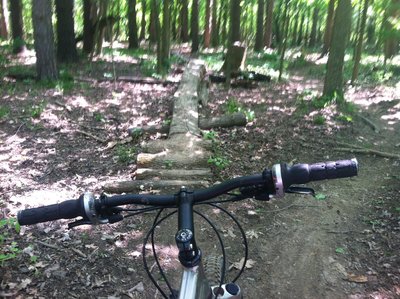 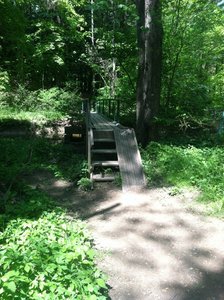 All Clear 44 days ago See History