“Fun singletrack with rewarding views that has some moderate/difficult climbs as you get close to the Tiki Trail. ”

This is a really fun singletrack route from the Steele Canyon Bridge in Rancho San Diego to the Sweetwater Reservoir via the Sweetwater River Trail. It's easy to moderate for about the first four miles, with only a couple of spots where I had to dismount and trudge up a hill.

As you get to the reservoir, the difficulty increases and the trek up to the Tiki Hut will involve pushing your bike unless you're an expert rider.

As I mentioned in the description, parking is very limited at the Steele Canyon Bridge, but there is plenty of parking at the McGrath Family YMCA 0.25 miles away on Campo Road, across from Regal Cinemas. I don't believe there are any restroom facilities anywhere on the route.

Parking at the trailhead is limited. I recommend parking at the McGrath Family YMCA about 0.25 miles away (off Campo Road).

The beginning of the trail is pretty busy due to the Steele Canyon Bridge visitors, but the people thinned quickly only 0.5 miles down the trail. The first few miles are singletrack, with nothing too difficult at all - it's a fun ride that will make you feel happy that you're on your mountain bike but it's not a struggle. There were two short sections that were steep enough that I had to dismount for a minute, but nothing lengthy.

Eventually, the singletrack will open up to a gravel road/path for a mile or so that ends at a closed and locked chainlink fence. The trail continues to the left and returns to singletrack.

At that point, the trail starts to become more hilly - not much flat - you're either going up or down. Much of it is rideable, but as you near the Tiki Trail there are some long, steep climbs and I had to dismount and push my bike. But it doesn't take long to reach the Tiki Hut, and although there are some great views prior to that, the Hut is there for a reason. The view is fabulous with a covered picnic table and bike repair station. It's a nice place to take a break, enjoy the breeze, the murder of crows swooping around, and a long drink and snack break.

Leaving the Tiki Hut, I took the Tiki Trail loop and used that as a turnaround instead of immediately backtracking. Be careful on the initial drop - it was beyond my capability - as it is lined with cactus. If you're not a skilled rider, you probably want to dismount and walk down the first 75 yards or so. You'll quickly start going uphill again as it begins to loop back toward the Tiki Hut. It's not all unrideable, but it will be a challenge to ride it, depending on your fitness level. You may end up pushing your bike for some of it.

At 12.5 miles and about 1,500 feet of climb, you'll definitely get your exercise, but it wasn't completely exhausting. I'm not an expert mountain biker by any means, and I didn't feel unsafe or that "Please make it stop!" feeling. I rode it in January and two bottles of fluid was sufficient. I would definitely need more in the summer.

Steele Canyon Bridge is a popular photography spot. Built in 1929 on Campo Road (now SR 94), once the main route from San Diego to Yuma, this 150-foot steel Parker through truss (the only one in the county) spans the Sweetwater River between Rancho San Diego and Jamul. A "through truss" bridge has a cross-braced truss structure above the road deck, so traffic passes through the truss. Closed to vehicular traffic in 1986, it is now a pedestrian, bicycle, and equestrian bridge at the entrance to the San Diego National Wildlife Refuge.

Sweetwater Reservoir is a 960-acre (390 ha) artificial lake in San Diego County, California, formed by the Sweetwater Dam on the Sweetwater River. Construction of the dam was completed in 1888. 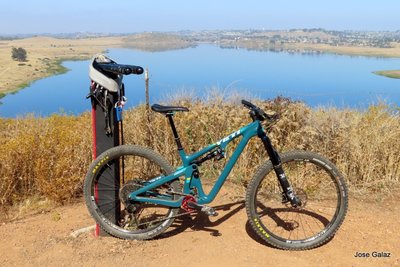 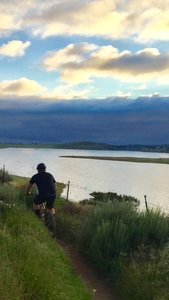 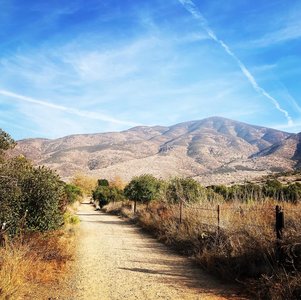 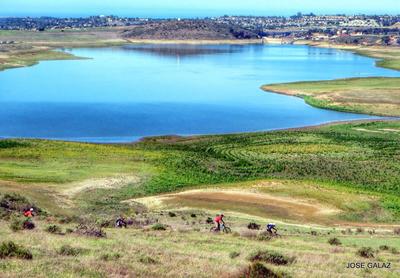 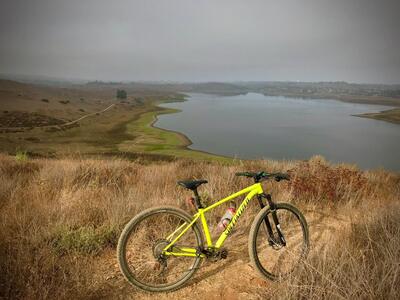 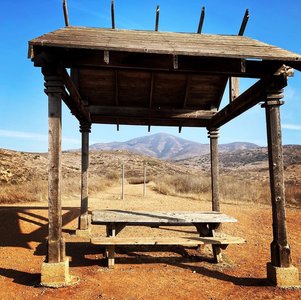 All Clear 13 hours ago See History

Parking lot to E-Ticket and Back