“The shorter loop around the Campo dei Fiori makes an easy goal for intermediate riders. ”

Parco Campo dei Fiori (Field of Flowers Park) is a protected natural area north of Varese. The name is a bit of a misnomer as you won't find any field of flowers. Instead, the area is heavily forested and the most prominent feature is a ridge of 1,000+ m (3,000+ ft) peaks that run through its center. The Campo dei Fiori Sentiero 10 (Sentiero 10 as it's known) encircles the ridge about 500 m (1,500 ft) below the peaks. (Recently the trail has been redesigned as the 310 trail, but everyone still knows it as the 10.)

The Giro Piccolo (small loop) mostly follows the 10 trails taking an easier course for the eastern third of the loop through the val di Rasa (valley). The Giro Grande Parco Campo dei Fiori (big loop) traverses an additional ridge to return via the val Ganna. The Giro Piccolo will be of interest to intermediate riders, while the Giro Grande includes a more difficult stretch.

Like much of the riding in the area, most of the route is along wide gravel/rocky paths with a few sections of true singletrack. Generally, the ride travels beneath the forest and is quite peaceful.

You can also reach this ride starting from the train station in Varese. See details in the Giro Grande Parco Campo dei Fiori. You'll want a GPX for this one as not all intersections are well marked.

This route starts from the parking area in via al Poggio. Turn left (west) out of the parking lot to begin following Campo dei Fiori Sentiero 10a. This first section of the loop is the most heavily traveled and does not require much technical skill although there are one or two steep, rocky inclines. After 4k (2.5 mi) veer to the right towards an open field with a small house. Just beyond the house, there is a singletrack (Monte Morto) that climbs along a river bed towards the namesake Monte Morto. Monte Morto is really just a prominence on the side of the ridge (don't worry, you're not climbing all the way to the ridge top). This stretch includes some rooty sections and a wet creek crossing. Eventually it returns to the 10.

After Monte Morto, the 10a descends steeply towards Orino. This steep descent is filled with large rocks and occasionally leaves and other debris, so it can be somewhat technical. In Orino, the 10a becomes Campo dei Fiori Sentiero 10b. The 10b is an easy doubletrack with much less traffic than the 10a. You'll cross several small streams that run down from the top of the ridge. There is one short, steep climb in 10b around 12.5 km (7.8 mi). Just after that, you'll descend to a cemetery. Shortly after the cemetery, you'll cross a bridge over another small stream (Rio Caprera). A waterfall is visible from the bridge over the stream. Just after that, you'll pass a small roadside chapel before turning onto the paved SP45. It's best to take SP45 to the next town, Brinzio, but stronger riders may be able to handle the difficult climb and descent following 10b to Brinzio. (Note that the trail in this area is well marked, and it is easy to get lost on several dead-end trails in this area, so you'll want to have downloaded the Campo dei Fiori Sentiero 10b GPX if this is your intention).

Once you reach Brinzio, continue south on Campo dei Fiori Sentiero 10c. From Brinzio, the trail passes a small pond which is fed from a stream that the trail parallels for a while. The trail climbs a short distance before joining the paved SP62 for a short distance and then it continues on the opposite side of the road to take you into the town of Rasa di Varese. After a short trip through the streets of Rasa, the route joins SP62 again for about 1 km (0.6 mi). The route then veers right onto the via Salva Regina to climb to the area of Prima Cappella (First Chapel). The last 0.5 km (0.3 mi) to the chapel is a steep 70 m/230 ft climb. Prima Cappella represents the start of the Sacre Monte di Varese (Sacred Mountain of Varese). From Prima Cappella, the 10c has a short, steep descent down to Velate. This is one of the more technical sections of the entire 10 loop with several stairs along the way. At the bottom of the descent, there is also a tricky creek crossing before you reach the village of Velate. From Velate, a short easy stretch returns you to the parking area in via al Poggio.

From Prima Cappella, a popular (very steep) road ride leads to the summit where another trail crosses the ridge, descending to Orino. There are a number of other difficult (unridable?) trails that leave the summit road to come down from the ridge. The ridge features a number of viewpoints and the Cadorna line of (never used World War I era) defenses faces Switzerland from the top of the ridge. 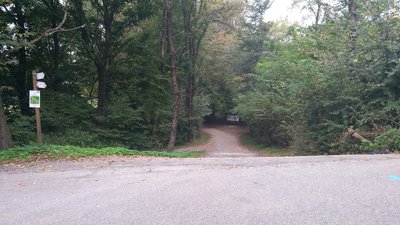 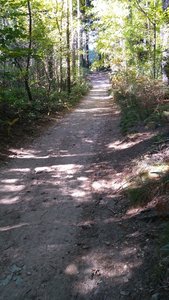 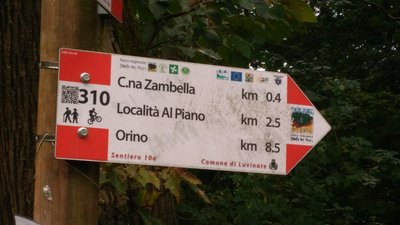 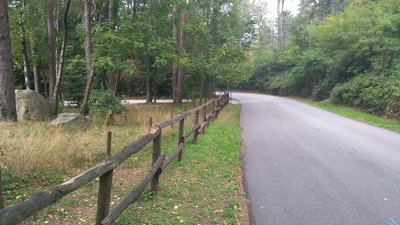 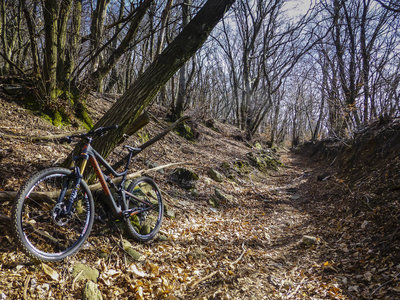 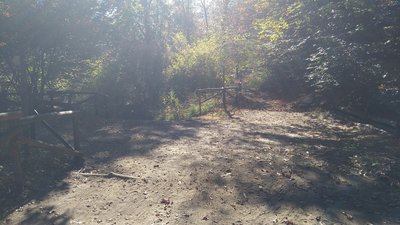