“A Gila Hike & Bike Classic that begins and ends at the bike shop, followed by a taco feast at Q's! ”

A Gila Hike & Bike Classic that begins and ends at the bike shop, followed by a taco feast at Q's! An initial climb is rewarded by a fast descent down the "Loop de Do" and a ride along classic Continental Divide singletrack that gives way to a tour of the trails in the Gomez Peak/Little Walnut area.

Bring some cash for the after ride Taco Tuesday feast at Q's.

This Silver City Classic ride is often led by one of the owners of Gila Hike and Bike (Chris & Martyn, typically). The groups will meet at the shop at 5:30 pm during the warmer months of the year when there is sufficient sunlight to complete this loop. You can expect the ride to take between 2.5 and 3 hours, depending on group fitness levels and technical skills. About half of the ride will be on paved and dirt roads, with the other half being on moderately technical singletrack, mostly the Continental Divide South and the trails around the Little Walnut/Gomez Peak area.

Begin at the shop and head up Pope Street. Turn left onto 12th street, then right onto Grant street. Follow Grant until it intersects with 180 and then turn left onto 180. Turn right onto Alabama Street and continue until it becomes Cottage San Road. Keep riding up Cottage and eventually the pavement will end and give way to Bear Mountain Road.

The majority of climbing will occur on the dirt road, so be ready for a several mile grind. Following the climb, you'll be rewarded with an extended descent down to where the singletrack is accessed. This is known as the "Loop de Do" and is a fast and rutted descent with several bumps and turns that allow for fun maneuvering.

During the descent, you'll need to turn right at the major intersection and access Walnut Creek Road. Continue the descent until you meet up with the Proposed CDT: Doug's Gate to LS Mesa trail. (Alternatively, for a more challenging session, you can access the Continental Divide Trail - Section 7 for a technical climbing experience to Doug's Gate.)

Head east on the Proposed CDT: Doug's Gate to LS Mesa trail until it meets up with the Divide Access Trail. Typically, the group will head up the Divide Access Trail, but you can also continue along the Continental Divide Trail - Section 7 until it meets up with the road. Then you can access the Wagon Wheel Loop for additional singletrack experience.

Head up the Divide Access Trail until you get to the top of the climb and then access the Mountain Loop Trail for a narrow, rocky descent that continues into the Pinon Loop Trail. The Pinon Loop Trail will end at the Gomez Peak trailhead and from here, you simply take Little Walnut Road back to town. 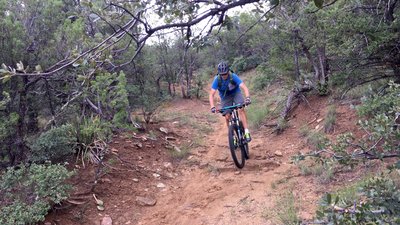 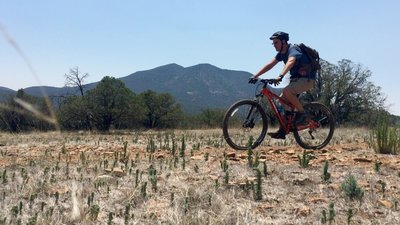 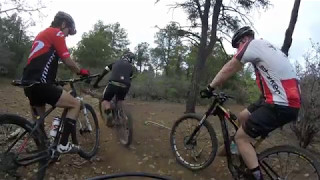 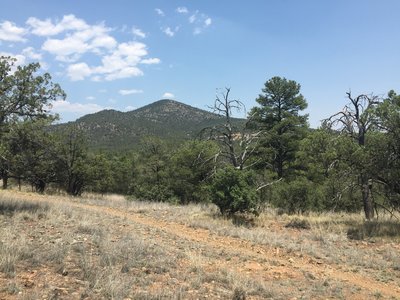 Sep 15, 2020
Nathan Marquard
Great mix of pavement, forest roads, and singletrack leaving right from town. Watch for broken glass when accessing the 'Loop de Doo'. A local favori 20.4mi — 2h 30m
May 6, 2018
Andrew Hood
This is a ride that is 80% pavement and dirt roads. Never made it to an actual MTB trail