“If you liked the Trail of the Hiawatha, this is a close second.”

Susanville has four seasons because of the high elevation. The trail begins at 4200' on the east side of the Sierra and Cascade Ranges in Susanville, climbs 1300' to a high point of 5500' at Westwood Junction then drops 400' to its eventual future terminus in Westwood at elevation 5100'. Check current conditions before planning a trip on the trail by calling (530) 257-0456.

Enjoy a very gradual climb along the Susan River. With numerous side singletrack trails that dump back to this trail, there is no worry about getting bored. This rail trail was rated the most scenic rail trail in California by the Rails to Trails Conservancy.

There are numerous places to access the trail so ride parts of it whenever or grind it all out in one trip.
A great time of year to ride this trail is the fall when all the color has popped. The tree canopies are nature's stain glass windows set against blue sky.

Following the old Fernley and Lassen Branch Line of the Southern Pacific railroad, the trail winds 27 miles from Susanville to Mooney Road. The trail follows the Susan River. As it winds through the rugged Susan River Canyon. The trail crosses the river 12 times on bridges and trestles and as a bonus, you get to pass through two tunnels.

In 1978, the Southern Pacific Railroad shut down most of the old Fernley and Lassen Railroad branch line that had carried supplies and occasional passengers from early 1914 through the end of 1956. The Bureau of Land Management, finding the line vacated and abandoned, spearheaded the rails-to-trails conversion of the old railroad grade. Harold T. "Bizz" Johnson, a former congressman (1958-1980), was instrumental in getting the 30-mile segment converted for recreational use. The trail is forever named in his honor. 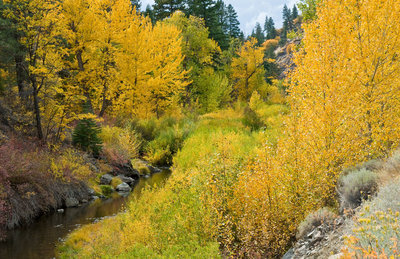 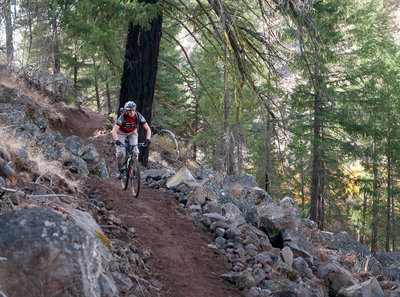 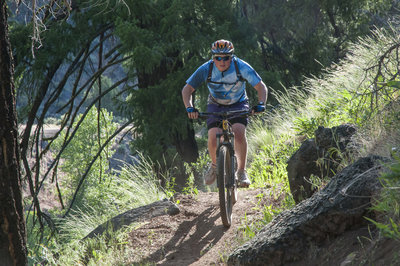 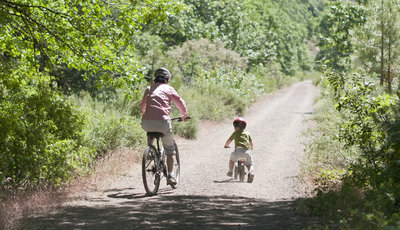 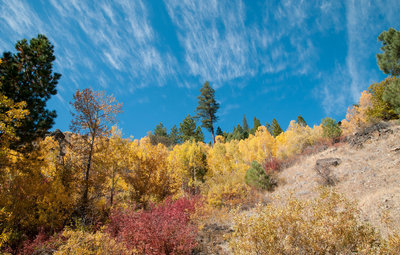 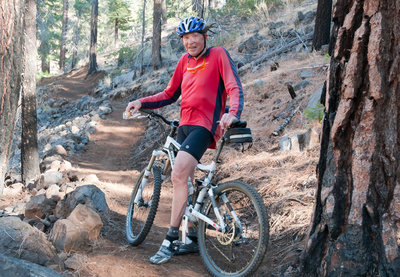