“A loop of the trails at New Light, which are more technical than most in the Triangle. ” Only open Sundays from September 1 through May 15. Open everyday from May 15 to August 31.

A great loop to get out on some of the best trails at the New Light Trail System.

Please DON'T POACH it when it is closed.

The First Loop section starts to the right of the gate and can be muddy with roots as it is in the deep, shady woods with no wind. It's a pretty aerobic start to the ride. However, the rest of New Light dries out very fast because the rest is more gravel, sand, and rock combo and it never closes for rain. At the end of First Loop, you turn left on the fire road and then the Lake Downfall starts on the right.

The Lake Downfall section starts with a small climb to a cool little downhill with a small jump. Further down the trail is a rutted out downhill where there used to be a bridge, but it has fallen down and a gap jump built in front of it. However, there is a ride-around on the left. There's also a log pile type obstacle after that and the trail skirts the lake.

After crossing another fire road, you'll be on Sig's Loop, which is similar to Lake Downfall but with more vertical ascents and descents including the switchbacks with a downhill after some jumps. Further down the trail is a log to try and ride left to right, or drop off of or hit the jump on the left of the stump. There are also several rock piles to ride over.

After that is The Gaunlet (what the trail is known for), a tough, rocky climb and a rocky descent.

Just before the The Gaunlet rock climb and after you'll see another trail on the right called Way In Way Out. It's often thick with bushes in the summer because it is a very open forest there, but it's a nice loop that adds more miles and has some fun sections to it.

After finishing this, you'll hit another fire road, turn left and the Easy Street is on the right. This takes you back to the parking lot and there is a sign there.

For the most part, New Light is all one big loop with the exception of the extra Way In Way Out loop off The Gaunlet. In general, there are plenty of obstacles and rocks and some good downhill sections. It is considered the most difficult trail in the triangle. 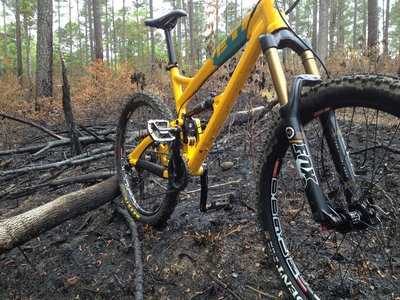 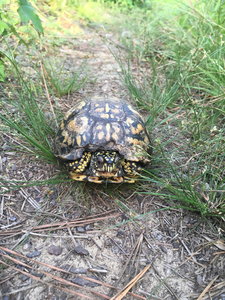 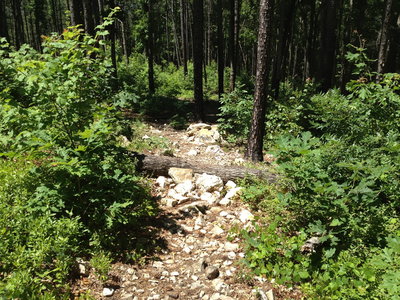 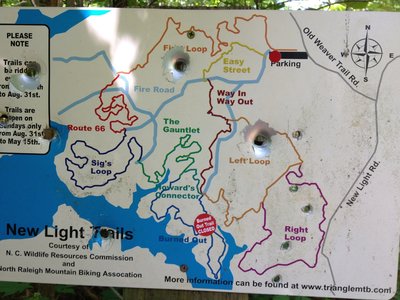 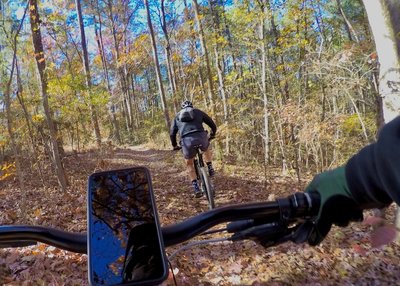