“The most picturesque and romantic roller coaster ride of Laguna Beach. ”

One of the absolute most beautiful and romantic ridge rides in SoCal. Mainly on narrow fire roads which go up and down like a rollercoaster, where you'll ride on sand, rock and gravel.

Be mindful when parking because its residential street parking and we don't want to upset the neighbors and get in trouble with the city.

This trail is our favorite of all the Laguna Trails, especially with that special friend. ;)

This starts with a beautiful climb with great Laguna Beach and Pacific Ocean views. Even at night you can see all the lights of the city and coastline and it is an awesome ride under the stars at night. Soon after, the long ridge ride roller coaster starts. From here, you'll have the most beautiful 360-degree vistas doing a long horseshoe ride into the canyon, along the northbound ridge and back towards the Ocean on Emerald Ridge. Then starts the valley fun.

Going down into El Moro Canyon and driving in the thick vegetation and under trees is an amazing contrast, especially on a hot and sunny day. It's always several degrees colder down there. Shortly after, a solid climb back to the El Moro Ridge, riding back on the ridge again, into the horseshoe and back onto Dartmoor Ridge on Boat Road. Then the long beautiful roller coaster ridge ride back towards the ocean starts.

Before going back down to Dartmoor, the trail takes you up to the Spur Ridge Lookout with 180-degree view over the ocean to Catalina Island to the west, Newport and Palos Verdes to the north and Dana Point and San Clemente to the south.

When you have had enough of the view, then go back down Spur Ridge Lookout, which is a quick nice downhill to Dartmoor. Watch the gate, especially in the dark, so you don't take a nose dive on the pavement.

The fire road trails were originally build to secure firefighters access to the natural park. There are no developments or buildings along the trail or in the park, which is a trademark of the Laguna Beach parks and great if you want to ride and NOT feel like you are near a metropolis.

Ten million years ago, Lagunas unique coastline was formed, with beaches rising to the top of the hills and hills falling to the coves making a haven of hills and ocean creating a picturesque masterpiece at the very edge of the continent. Along the trail, you can find sedimentary rocks dating back from the late Eocene to the Pliocene ages 50 million years ago. The Ice Age cut the canyons and bones of dinosaurs and other prehistoric era animals remain. Ten-million-year old shark teeth were found in the Laguna Canyons. This has given the trail its treasures of hills, coves, canyons, beach and ocean views as a unique setting for the most romantic trail in Laguna Beach. 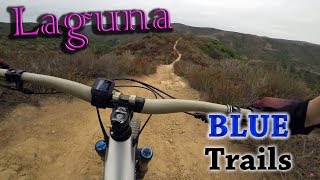 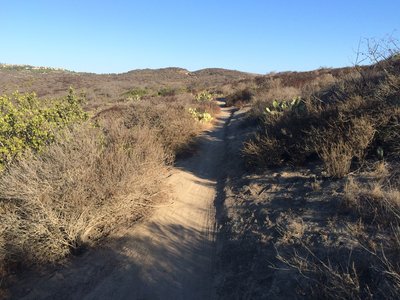 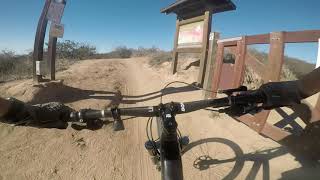 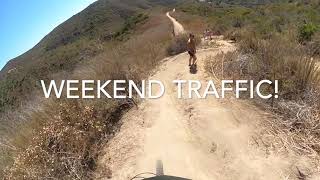 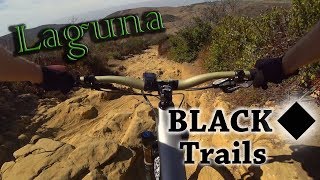 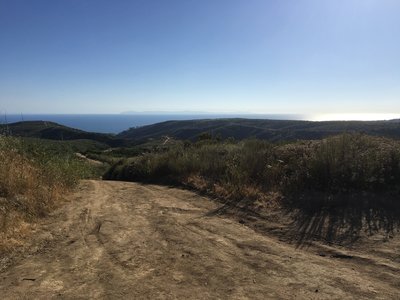 All Clear 32 days ago See History