This is a ~30-mile greenway that parallels the South Platte River from Denver's far southern reaches all the way to the Elaine T. Valente Open Space in northeastern Denver. The north section sees less traffic than the south section, runs through historic Denver, and is grittier and has a more industrial feel than the south. Connects to Platte River Trail South, Cherry Creek Trail, Sand Creek Trail, and Clear Creek Trail. Here's a nice way to ride from downtown to the north:

Start this route at Confluence Park. If you need a coffee or a part for your bicycle, pop into REI. Head north on the trail and you'll encounter the hardest part of the ride immediately navigating between Confluence and 20th St. The zig-zag down ramp is narrow and long-overdue to be replaced with something more human friendly. At the historic 19th Street bridge exit left to cross over and under to the eastern side of the river. Cruise north as far as you want to go, with an interesting and optional stop at the other confluence, this one between Clear Creek and the South Platte River.

If you want a couple of interesting destinations, stop in at the Taxi Development (exit at 31st St, cross to the west bank and ride north a couple of blocks) and have a coffee or lunch at Fuel Cafe; tour the Stockyards Complex (exit at Globeville Landing Park and ride north on Arkins Ct; or drop into the Riverside Cemetery (exit at Franklin St, ride east and north on Race St and Brighton Blvd) for a tour of its historic burial grounds.

The further north you go, the more it looks like the flat Platte of olden times. Before that, there are plenty of sights and smells, including an old time stock bridge to nowhere across the Platte (49th Ave), the Denver Metro Wastewater Plant (so that's where it all goes when you flush your toilet), and Globeville and Argo Parks, marking the former industrial center of historic smelter operations in Denver. If you ride all the way to 104th Ave, you'll find yourself surrounded by a bevy of former gravel mining operations, now turned into small water storage projects and fishing holes for kids.

Reward yourself upon return with a bite at Linger (formerly Olinger's Mortuary) or an ice cream cone from Little Man Ice Cream. For stronger stuff, drop in on the beer garden at Denver Beer Company, just a stone's throw from the Highlands Bridge, 17th and Platte St. 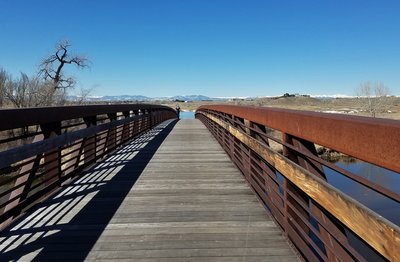 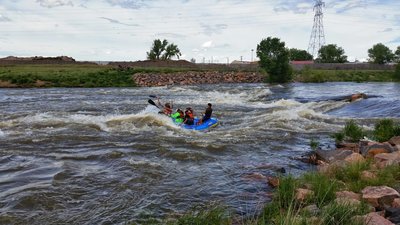 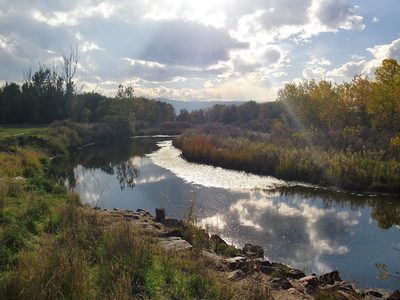 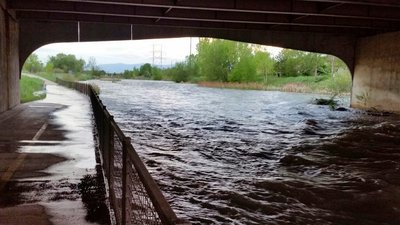 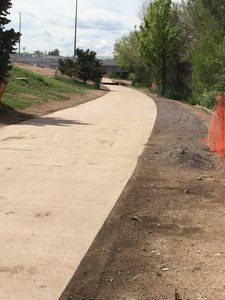 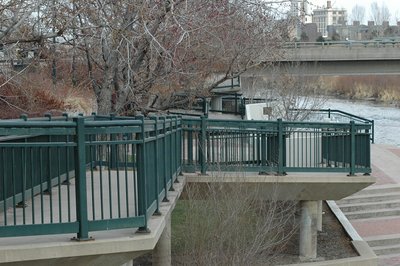 All Clear 95 days ago See History