“A circuitous loop of the Frisco Peninsula. Great for early season mileage. ”

This is a circuitous loop of the Frisco Peninsula beginning with a lakeside loop, followed by a tour of the interior of the area finishing in the Frisco Bike Park.

The Peninsula Recreation Area in Frisco is typically the first place in Summit County to dry in the spring, making it a must for early-season training. It can also be ridden late into the fall.

The description begins and ends at the main parking lot. Access the Peninsula from Highway 9, a mile south of Frisco. There is a traffic signal at the intersection of the highway and Peak One Drive/Recreation Way at the top of the first hill driving south from Frisco. Turn left (north) and drive the road back west to the large parking lot near the day lodge.

Ride the bike path west from the parking lot back towards Frisco, and turn right on Disc Golf Doubletrack just before a split-rail fence bordering a residential area. From here to the lakeshore follows the disc-golf course, so be aware of golfers.

Ride north to Lakeshore Perimeter at the edge of the Dillon Reservoir and turn right onto the singletrack. Ride clockwise, staying on the lakeshore all the way around a small peninsula where the trail swings to the south and a paved campground road. Turn left onto the road, and look for the singletrack on the left side of the road between campsites 70 and 68. Ride this to another paved parking lot.

Ride north, crossing the parking lot towards a bathroom facility. Cross over to the paved road and look for Switchback climbing at a marker on the eastern side of the road. Climb through three switchbacks to an intersection with Riechl's Retreat. Turn left and descend to Olympian's Link at the end of Crown Point Road.

Turn left onto Olympian's Link and ride southwest back towards the bottom of Switchback. Upon reaching the pavement, turn right and look for Lakeshore Perimeter on the right. (There is a short-cut connection just before the pavement to truncate the end of Olympian's Link). Ride the Lakeshore Perimeter around the northern end of the Peninsula and back along the eastern shoreline. Keep to the shoreline, ignoring Crown Point-Lakeshore Connector midway around that leads to Crown Point Road.

Ride Lakeshore Perimeter south until paralleling Highway 9, then west to Dickey Day Use Area trailhead and parking lot. Ride on the gravel road towards Highway 9 and turn right onto Dickey Trail at a marker. Climb Dickey Trail, continuing straight and uphill at the first intersection with Buzzsaw to the top of the climb. Bear right at the next intersection and ride to Buzzsaw Loop. Ride this counterclockwise to the right around the upper portion of the Peninsula.

Buzzsaw Loop initially dips through a drainage then continues as a doubletrack logging road. Take the singletrack on the left after about 1/4 mile and ride the rolling trail section to a steep climb and another intersection. Turn right onto Rocky's Ride, then take an almost immediate left onto Scenic Loop. Ride this counterclockwise back to Buzzsaw Loop, and go right.

Turn left onto this singletrack connector, then turn right in a short distance onto Jody's Loop. Follow Jody's Loop passing Crossover and Riechl's Retreat at the northern apex of the trail. Continue counterclockwise, south on Jody's Loop to Balfonz Blitz, a continuation of the ridgeline traverse. When Balfonz Blitz intersects the gravel, water tank access road look for a marker post on the right for the continuation of the trail.

At the bottom of a short descent, just before Balfonz Blitz becomes a pronounced doubletrack, look for Crown Point-Balfonz Blitz Connector singletrack on the left. Take this out to Crown Point Road. Turn right and ride out to the recpath parallel to Recreation Way and ride back towards the highway. Cross over to the west side of the road and descend one of the Frisco Bike Park lines back to the parking lot. 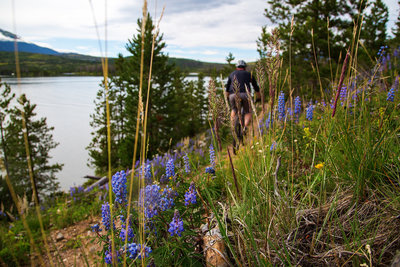 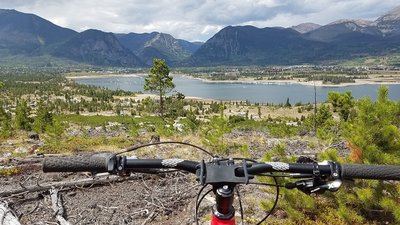 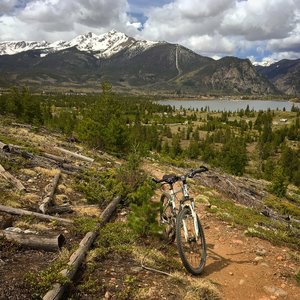 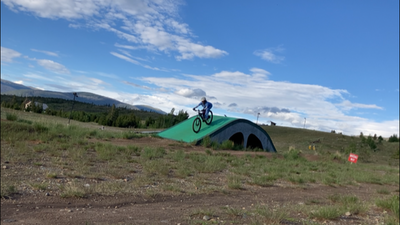 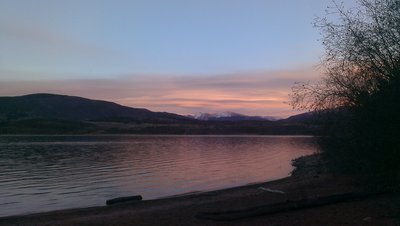 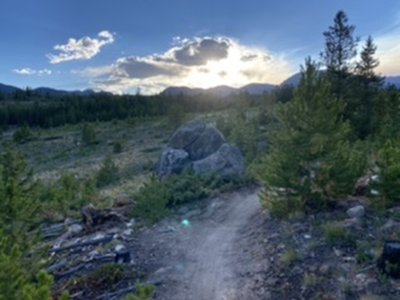 As the Raven Flies

The Whole East Side