Pasture gates are sometimes closed due to cattle grazing; you can still use the trail, but need to dismount to open and close the gates.

Trails consist of singletrack, gravel paths, dirt road, and doubletrack - but mostly singletrack. This is an absolutely green route - ideal for beginners wishing to put some non-technical miles in their legs.

95% of this loop occurs in the open grassland along forgiving gravel multi-use trails. Because it's not overly technical, I like to use this trail network for aerobic training or in the early-morning or late-afternoon when light conditions are marginal.

This is a great scenic route through Greenland Open Space and the adjacent Spruce Meadows and Spruce Mountain areas. Although part of this loop is the site for the "24 Hours of eRock" endurance race, it is not at all technical. It can be aerobically challenging, however, with several long gradients through the open meadows.

If starting at Palmer Lake, which I prefer, the trail begins as a wide gravel-surfaced dirt road that leaves the parking area through a gap in the fence near the porta-potties. For the next 1.1 miles, the trail roughly parallels the railroad tracks.

At the first trail junction, turn east and climb Kipp's Loop. For the next 1.5 miles, the trail will climb steadily to approximately 7400ft, overlooking the prairie portions of Greenland Open Space and Spruce Mountain to the west. After peaking at approximately 2.7 miles, the trail begins a 3-mile long undulating descent to the GOS Trailhead (6900ft).

Kipp's Loop/Greenland Trail ends at the GOS TH, however to continue onwards you must ride .5 miles on lightly trafficked gravel road to the adjacent Spruce Meadows Open Space TH. Simply continue northward on the GOS TH access road, turn left (west) at the stop-sign and ride .4 miles across the railroad crossing to the Spruce Meadows TH. This is the Greenland-Spruce Meadows Connector.

The Spruce Meadows Loop leaves from the southwest corner of the Parking Lot. After only circa 50m, the trail branches westward onto a small singletrack climb that twists its way up until it intersects and crosses Noe Road. For the next 1.7 miles, the trail descends lightly across open grazing lands with great views of the neighboring prairie and buttes. If riding this as a training ride (i.e. fast), this is a great segment to ride fast along unchallenging, but fun, singletrack.

This segment ends at the unnamed dirt road that forms the northern boundary of Spruce Meadows. Follow this road until it crosses the paved Spruce Mt Road approximately .6 miles later. The Spruce Meadows Loop resumes approximately 50m later on the left. The trail climbs south along sandy singletrack for the next 2.3 miles, gaining approximately 400ft. For me, this is the most uninteresting portion of the route, although it does offer good views of Spruce Mountain and its adjacent buttes.

NOTE: This narrow bike tunnel can be dark during low-light conditions and icy in the winter. The tunnel also ends in a cattle gate which is usually closed.

Turn left after exiting the tunnel. This trail meanders back to the Spruce Meadows TH through open grazing land. Do not be surprised if you encounter cattle on this segment. Return to the GOS TH via the Greenland-Spruce Meadows Connector.
The final return leg to Palmer Lake is basically a straight-away along the Greenland Trail. Just get back on the same trail that brought you to GOS TH the first time, but instead of turning left onto Kipps Loop, continue straight south along some wide singletrack. This segment includes a small aerobic climb, and eventually intersects with the Greenland Trail/Old Territorial Road for an easy ride back to the Palmer Lake TH. 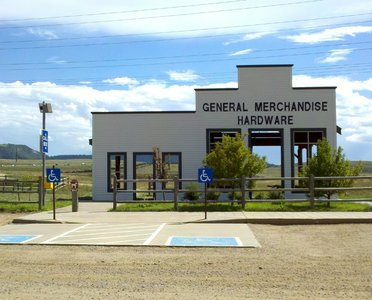 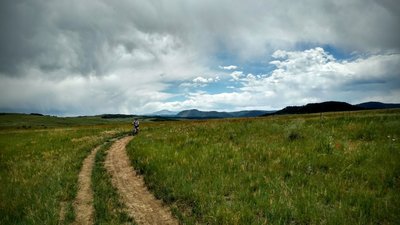 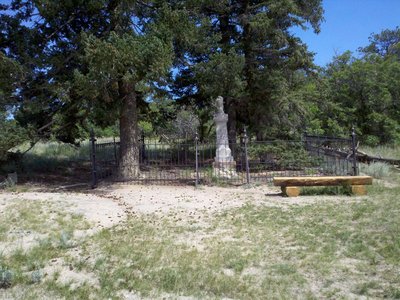 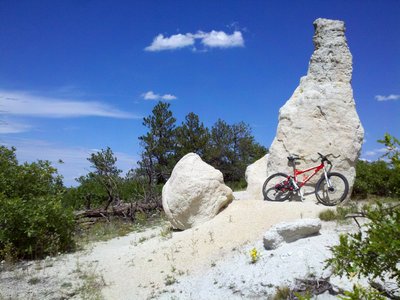 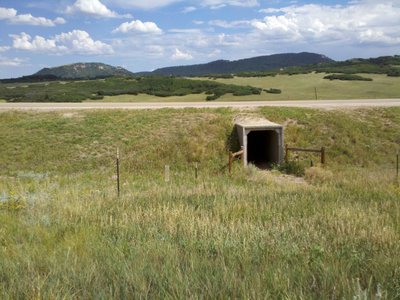 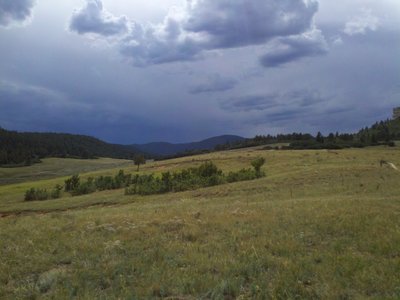