“A climb/decent up the base of Mt. St. Helens. It also connects to the IMBA epic, Plains of Abraham. ” Because of its height abbove sea level, this trail accumulates a lot of snow. You'll have access to the trail as early as June (when snow generally melts), however it's not officially opened until deemed ready by the Forest reserve. You can check the status here: fs.usda.gov/recarea/mountst….

To park here you need a Northwest Forest Pass which you can purchase online or on location (near the Ape Canyon Cave).

You can park right in front of the starting point. The trail is 100% singletrack that gradually takes you up the southeast side of the volcano, Mt. Saint Helens. You'll occasionally get openings with gorgeous views across the plains, a devastation spurred by its eruption in the 80's. Views are pretty unique as you'll see the direct path of the lava flow down the volcano.

Once you get near the top, you'll leave the forest and head into ashen volcanic plains (marked as the ending point on the trail). You'll have an amazing view with some of the Pacific Northwest's tallest mountains surrounding you. You'll of course have Saint Helens in front of you, however depending on the visibility you can also have a clear view of Mt. Rainier, Mt. Hood and Mt. Adams all at this point.

It's from here that you can decide to tackle The Plains of Abraham, which is one of the IMBA epic trails that tracks the rider around the eastern perimeter of the volcano. It's a very favorable ride (as an IMBA epic should be), but considering the altitude gain, it is covered in snow most of the year. It's recommended to try tackling it from July to October. 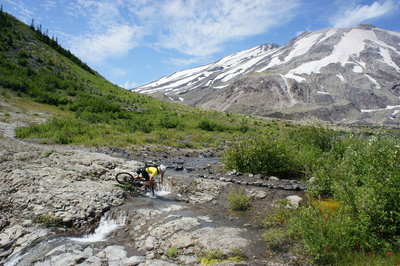 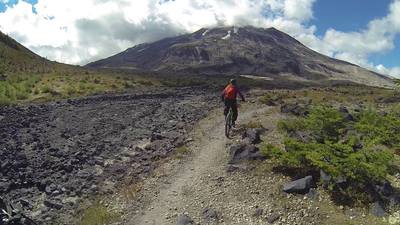 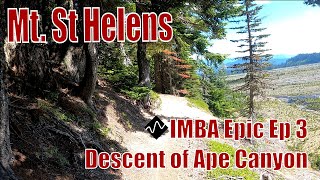 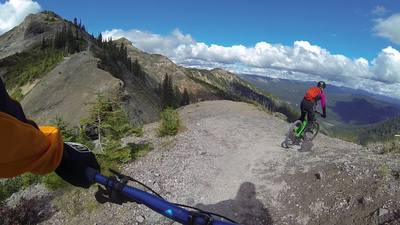 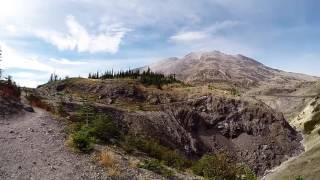 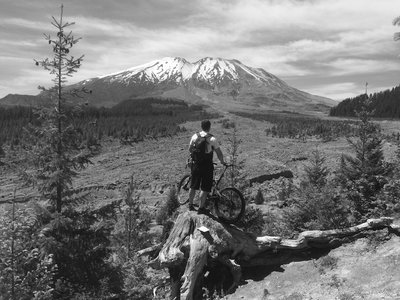