This is the main singletrack loop, the first loop WNYMBA constructed after its proposal to start building trails was accepted in 2004.

Many parts of Sprague Brook Park are flat and thus have limited drainage, and thus would make for muddy trails. So this trail was designed to be routed almost entirely adjacent to the course of Sprague Brook as it flows through its namesake park. This allows for adequate drainage by using the slope down towards the brook, or running near the edge of the ravines, which take advantage of the lowered water table, which is lowered by the many seeps along the ravines.

This routing has its advantages and disadvantages. In addition to allowing for a drier trail, it also provides some spectacular views into the ravines. However, the edges tend to have a lot of spruce growth which, following compaction of the trail from use, sports many relentless rooty sections which can harsh the flow. Overall, though, the trail has become extremely popular in the first 8 years since it was built.

The trail starts from the XC ski loop, about a third of the way around. A kiosk marks the start, and the rider is immediately greeted with some very rooty sections for about the first half mile. After that, it settles down a bit into a smoother singletrack as it crosses a tributary, only to reenter the spruce as it heads back to the main ravine.

It follows the ravine except for two more tributaries which it follows up and crosses near the park boundary. The second of these sports a new massive bench cut on a steep sidehill that replaces a formerly used two-track that was always wet and steep.

After one more tributary crossing (the aptly named "ditch"), the trail makes its descent to cross Sprague Brook just before the park boundary. This is a get-your-feet-wet crossing.

After a steep climb up to the opposite side of the ravine, the trail continues back, the time following the brook downstream. Once again, some spruce sections rear their ugly roots. This side also has lots more water coming in from the west, so even with the routing near the ravine edge, WNYMBA has had to haul in a lot of stone to keep the trail in good shape.

Eventually, the trail nears the upper campground. After another kiosk located where the trail briefly touches the campground connector, the trail starts a long rooty downhill until its end at the snowmobile climb. 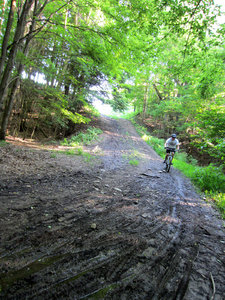 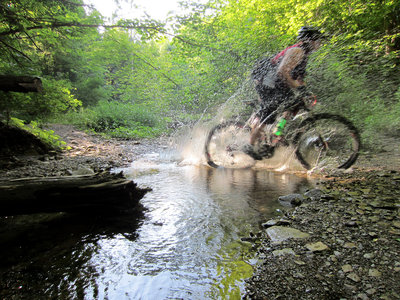 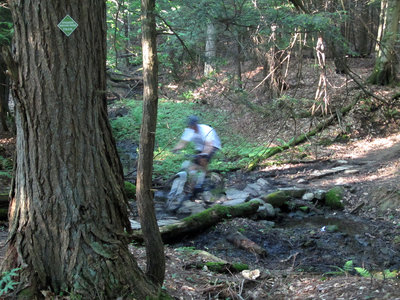 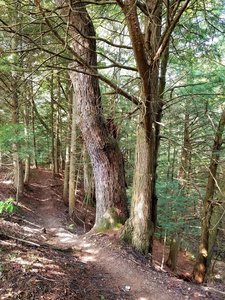 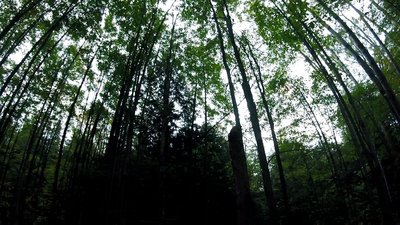 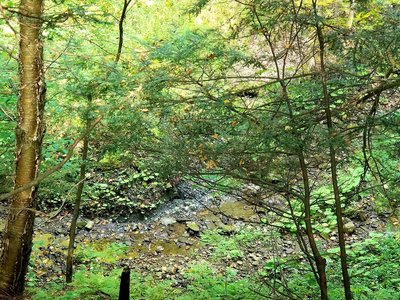 All Clear 89 days ago See History