“Look down at the top of the Blue Ridge Mountains from the forest road atop Duncan Ridge. ”

This is a surprisingly easy, mostly forest road loop among the highest peaks in the North Georgia mountains. The highlight is a long descent down Duncan Ridge Road (FS 39), which travels along/near the top of Duncan Ridge, allowing you to look down onto peaks north and south of the ridge.

The climb up is on an easy forest road paralleling a creek and a four-mile climb up to Wolf Pen Gap on Wold Pen Gap Road (unfortunately this section is paved, but it makes the climbing go faster). At least your roadie friend will be jealous.

There are a couple of different places you can start this loop. I started near the low point at Bryant Creek because I like to get the climbing out of the way first, but starting at Lake Winfield Scott is more accessible and there is a campground there.

Lake Winfield Scott is a good alternate starting point: access is easier and there is a USFS campground (fee required) but of course then your ride ends with a climb.

From Lake Winfield Scott, you start a 1,000-ft climb, initially up to Wolf Pen Gap (elevation 3,337 ft). This climb is pretty consistent at about 8% grade, but Wolf Pen Gap Road is paved so it goes by pretty quickly. Wolf Pen Gap is the second highest in the well-known Six Gap Century road route. However, this marks only the halfway point of the aforementioned 500-ft climb.

At the top of Wolf Pen Gap, you'll turn left on Duncan Ridge Road (FS 39) to continue the climb. The climb finishes at the lesser-known Wildcat Gap (elevation 3,774 ft). From Wildcat Gap, it is a seven-mile, almost continuous 1,000-ft descent to the start.

Duncan Ridge Road (FS 39) is a more rustic forest road of the dirt variety and a little narrower than the previous forest road segments. From this ridge, you can look down through various ravines onto peaks to the south and occasionally also to the north. Duncan Ridge Trail merges with the road at several points along the ridge. Unfortunately, the singletrack sections of this trail are not bike friendly.

You can definitely bring your cyclocross bike for this loop, but a little suspension will make the ride a lot faster and more fun, especially on the Duncan Ridge Road (FS 39) descent at the end. 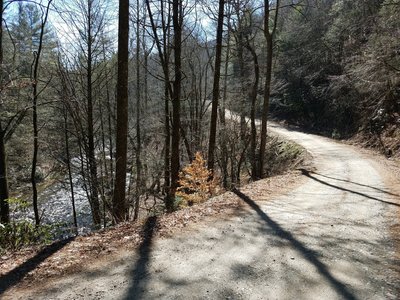 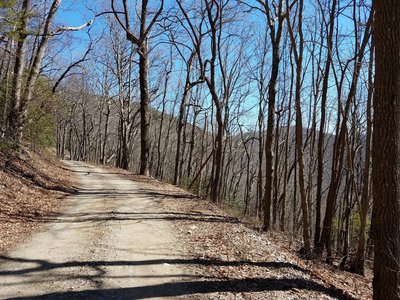 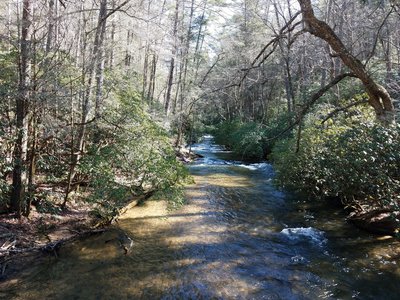 All Clear 97 days ago See History