“A gravel route along a beautiful river to a ghost town. ” 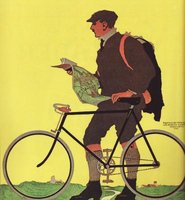 The roads in this area may be closed during fire season (often 7/1-10/1). See: oregon.gov/odf/Fire/Pages/R…. This area is remote and uninhabited, and you may encounter log trucks. It would be easy to get lost among the maze of logging roads, and so a GPS, the MTB Project mobile app, and good map skills are recommended.

This gravel route follows the Siletz River from Moonshine Park to a ghost town deep in the Oregon Coast Range. The following are notable locations along the way:

Mile 6.6: Intersection with Sunshine Creek Road. This road is a good route to the east, and connects to other a couple of other good roads, including Fourth of July Creek Road and Rock Creek Road.

Mile 13.8: Valsetz Falls: A waterfall on the Siletz River

Mile 15.7: Intersection with Gravel Creek Road. This road is a good route to the west. In 12 miles it reaches Drift Creek Falls, a highlight of the Coast Range. The waterfall is 66' tall and is spanned by a 240-foot long pedestrian suspension bridge. If you continue west, you'll reach Siletz Bay on the Oregon coast in 12 miles.

Mile 16.5: Crossing the North Fork of the Siletz River. 0.2 miles further brings you to a road (Road 500) that in seven miles reaches another highlight of the Coast Range. The Valley of the Giants is a 51-acre grove of old growth forest managed by the BLM. The huge trees (largely Douglas Fir and Western Hemlock) are often over 200' tall and many are several hundred years old.

Mile 21.8: Valsetz was a timber company town that was established in 1919 and had a population of 3,000 in its heyday. It was decommissioned and destroyed by the company in 1984 and only foundations remain. At this point, you join the route from Ft. Hoskins to Valsetz. 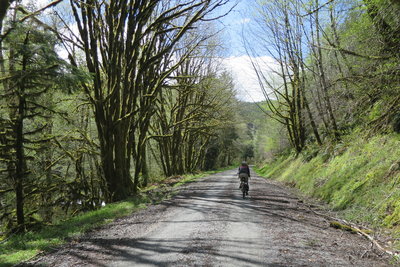 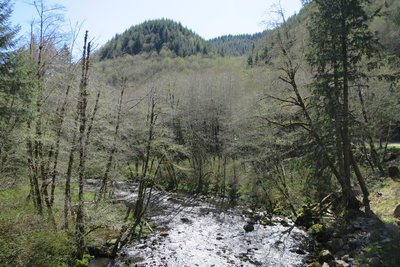 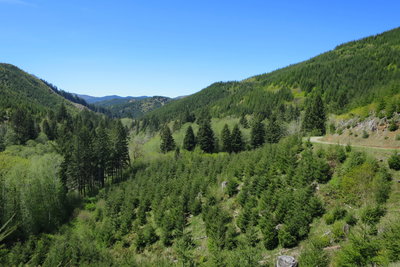 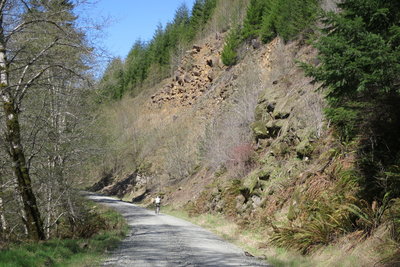 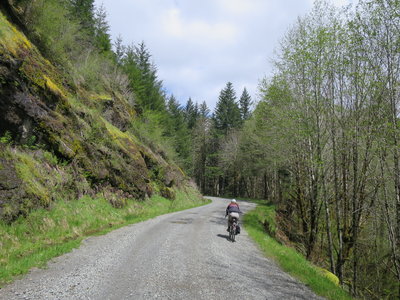 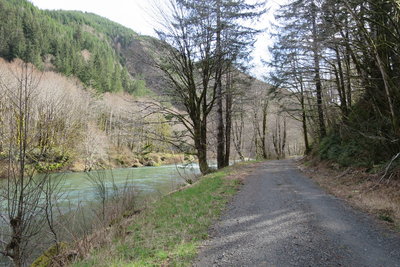