“A tour of some of the more popular carriage roads at Acadia National Park passing several lakes. ”

Acadia's carriage roads are perfect for exploring Acadia National Park by bike. You won't have to deal with the congestion on the main park loop and fight for parking. Being a National Park, there is no singletrack, but the scenery is beautiful.

This loop passes by Witch Hole Pond, Eagle Lake, and Jordan Pond featuring excellent views of each. Most of the route is beneath the foliage, which is particularly beautiful during leaf season in October. Breaks in the foliage along the southern end of the loop and atop Day Mountain offer spectacular views of Mount Desert Island and the Atlantic.

Parking is a significant issue at Acadia. Exploring the park by bicycle will reduce the impact of your visit.

Class 2 and 3 e-bikes are prohibited on the carriage roads.

At the top of the climb, turn sharp left onto Paradise Hill. The climb continues at a gentler grade and a few breaks in the trees offer glimpses of the Atlantic. Then it's downhill onto Witch Hole Pond. Look for the first of Rockefeller's famous bridges across Duck Brook Pond at 2.5 miles. This also offers an alternate access point to this loop as there is limited parking along Duck Brook Road on the other side of the bridge.

Turn left at the Witch Hole Connector and follow it past the Breakneck Ponds. This connector takes you all the way to Eagle Lake. Another of Mr. Rockefeller's bridges greets you at the lake. This is one of the more popular areas in the park and you'll find a lot of users making the loop around the lake. Join them going clockwise around the lake. When you reach intersection seven at the southern end of the lake, take the Eagle Lake - Bubble Pond Cutoff carriage road towards Bubble Pond and the Bubble Pone - Wildwood carriage road. There is another stone bridge at the foot of the lake. A short climb awaits at the southern end of Bubble Pond. Cadillac Mountain, the highest point in the park, lies just to the east and you'll have good views of it from this segment.

At the next intersection (#17/37), there is another bridge and you should take the Day Mt. Loop clockwise to the Day Mt. Summit carriage road. Along this segment, there are some good breaks in the forest cover and you've got a great view towards Schoodic Peninsula to the east across Frenchman Bay. The Day Mt. Summit takes you to the highest point on the ride atop Day Mountain from which you've got a great view towards Southwest Harbor and the Atlantic.

After enjoying the view, return down the Day Mt. Summit and continue clockwise along the Day Mt. Loop. At the four-way intersection (#17/37), turn left onto Jordan Pond - Wildwood. This takes you past the Jordan Pond Gate House to the southern end of Jordan Pond. This is another popular area, so expect a lot of other users on the carriage roads in this area. The Jordan Pond House is also nearby which has a restaurant featuring their trademark popovers.

At the north end of Eagle Lake, the Witch Hole Connector takes you back to Witch Hole Pond which takes you to the Hulls Cove Visitor Center Connector to complete the loop. 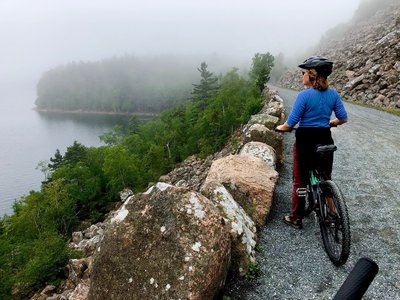 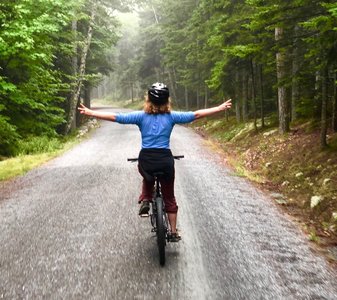 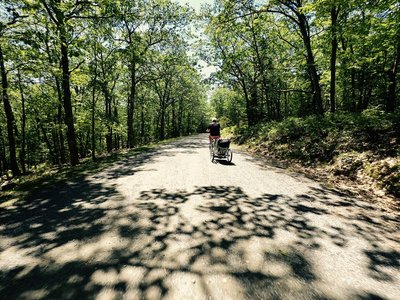 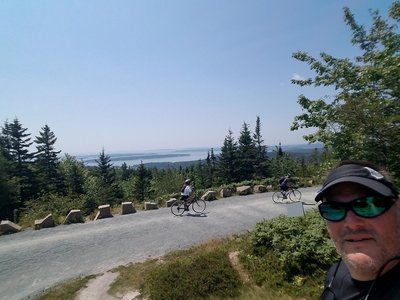 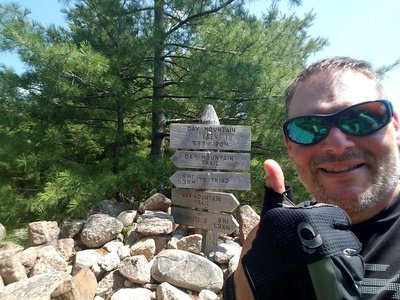 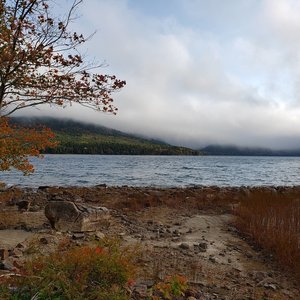