“Flowing (kinda-gnarly) singletrack down the mountain. ”

Lots of bugs that like to cling to you in the overgrown sections. Long pants might be a good idea.

A steady, singletrack descent from the upper parking lot, following alongside (and out of view of) Guadalupe Canyon Parkway, ending near Carter Street. Apparently, it used to be a stagecoach road from the old days.

The trail has a lot of quick turns that will very easily land you in a small ditch if you're not careful. Ride the trail once or twice before blasting down it.

The first third or so of the trail is considerably overgrown (but still passable). It clears up around where the road bends to the right. The pace picks up significantly after that portion, but after the first fast bit there is a sizable hump in the trail that nearly threw me on my first descent. Watch your speed here!

There is a short flat portion that hugs around a water tower, then leads to another exciting speedy portion. Down this section there is another drainage ditch to the left that should certainly be avoided. This later half of the trail, while lacking the overgrowth of the first half, is in much rougher shape. On top of that, there is fairly heavy foliage obscuring some small obstacles. Certainly nothing technical, but worthy of some extra vigilance.

Next thing you know, you're back at Guadalupe Canyon Pkwy.

Side note: This seems to be one of the lesser used trails in the park. Very rarely have I encountered another person on it (and have yet to see another cyclist.) 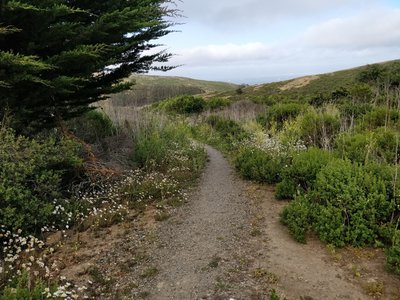 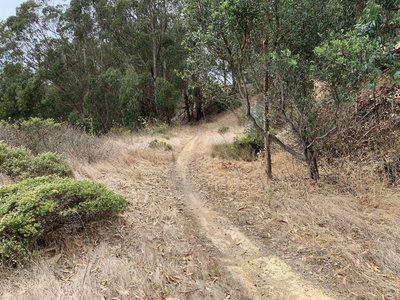 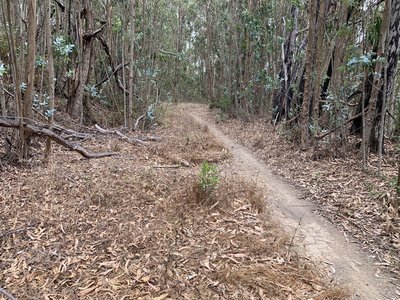 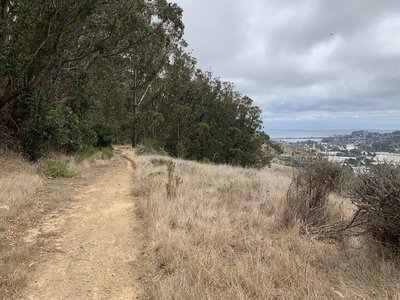 All Clear 3 days ago See History

Sep 18, 2020
Peter Monks
Upper section has been aggressively cut back, so trail is all clear all the way down.
May 29, 2020
Nikhil Viswanathan