This ride is predominantly on doubletrack and gravel road, but there are 5.6 km (3.5 mi) of fairly technical singletrack. The high alpine scenery is breathtaking (literally and figuratively), and there are several massive stone fortifications dating from the 1870s along the route that can be visited.

Much of the route is marked with signs for route 13 proposed by the Maurienne Province (France) Tourism Office. Note that there is an easier option which avoids the technical singletrack via the D1006 shortly after the Fort du Ronce. The loop was proposed to me by an Italian, and I parked at the former border post/customs house in Grand Croix so this route differs slightly from the one proposed by the French tourism office. But you'll get an extra fortification as well as a great view back into Italy with this modification.

There is supposedly a bus service from the French side to the Col de Mont Cenis at the eastern terminus of this ride, but I'm not sure if the buses have bike carriers.

From Grand Croix below the dam, head southeast on the D1006 to the first gravel road on the right, which is the Caserne. The Caserne Road is not technical, but the average 10% climb up to the barracks will certainly make you aware of the altitude. At this point, the main loop continues to the left on the Sentier des 2000, but it's worth the 1 km (0.6 mi) detour included in this route to the right to reach a cliff-side overlook down the entire length of the val Cenischia, almost 20 km (16 mi) to its confluence in the val di Susa.

On the way back from the overlook, you'll have a magnificent view of the Lac du Mont Cenis with the high peaks in the background. Shorty after you pass the intersection with Caserne Road, you'll pass the ruins of the Batterie la Court. You can explore the ruins and the trenches surrounding the ruins.

After the ruins, it's a gentle 4 km (2.5 mi) climb to the Fort du Ronce. The Fort du Ronce is fully intact and you can explore the inside, including some exhibits that explain the history. After exploring the fort, it's a little bit more climbing until you reach the glacier-fed Rousseau du Ronce (stream). About 1 km (0.6 mi) past the stream following a steep descent, the Sentier des 2000 becomes a singletrack to the right. (If you don't want to take the singletrack, take the Sentier des 2000 Access shortcut and turn right on D1006 to continue the loop).

The singletrack is narrow and more technical compared to the rest of the loop, but the elevation on this stretch is relatively constant: you can enjoy the lake below you in the valley. The singletrack ends at a small farm and then a short doubletrack takes you down to the D1006 road just east of the Col du Mont Cenis (pass at 2081m/6827ft).

The Col du Mont Cenis is an alternate start for the ride if you're coming up from the French side.

From the Col du Mont Cenis, head towards the lake and you'll take the first road on the right, Rue Mont Cenis. The Rue Mont Cenis heads quickly down to the lake and then you've got an easy 2 km (1.2 mi) along the lakeshore until the next turn (left onto Barrage du Mont-Cenis).

The Barrage du Mont-Cenis is another doubletrack. You can enjoy the scenery along the gentle ascent and descent as you near the Fort du Variselle perched on a hill just south of the dam. It looks like the Barrage du Mont-Cenis is headed towards the Fort, but before you get there, you'll plunge down towards the level of the dam. You can visit the fort by taking the Fort du Variselle Road connector to the left just before you reach the dam, but you'll have to climb 120m/400ft in 1.6km/1mi to get there. Except for one wall that was used to test new cannons in 1910, the fort is also in good condition and worth the climb to visit.

There was actually a third fort between Ronce and Variselle, but you'll ride over its remains as you cross the dam as it was unfortunately destroyed by construction of the dam. The ride finishes on the other side of the dam with a quick drop down to the starting point on Grand Croix.

There are several massive stone fortifications to visit along this route. Three large forts were built by the Italians across the valley in the 1880s to guard against a French invasion: Varisello, Cassa, and Rancia.

A couple of outlying batteries were also constructed. Varisello (Fort du Variselle) and Rancia (Fort du Ronce) are in good condition, lie along this route, and can be visited today. Forte di Cassa was destroyed during construction of the dam (and you'll ride over its remains). The route also passes by one of the batteries (Batterie la Court). The battery was destroyed by retreating Germans in 1945, but it leaves an impressive ruin.

After World War II, the border was moved to the east so all these structures (and indeed this entire route) now lie firmly on French territory. 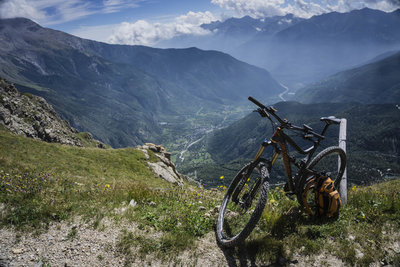 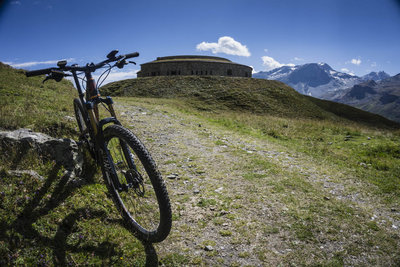 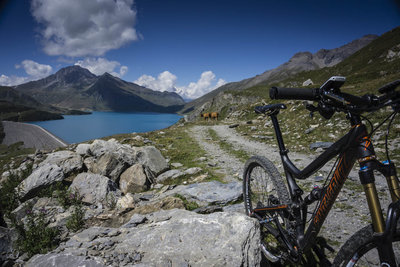 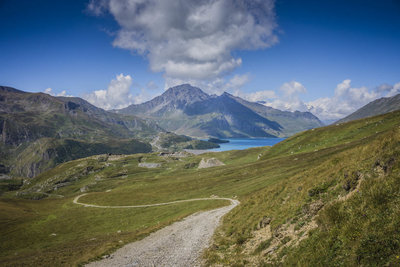 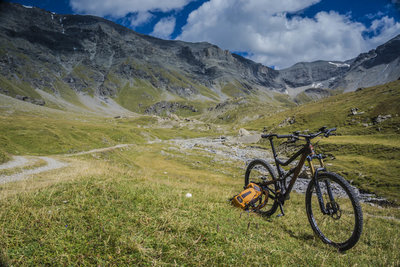