This is a popular multi-use track. Be alert as you ride and prepared to yield appropriately.

Big Bush Track can be accessed at its west end via Jasmine Road where a DOC sign indicates the start of an easy climb to the crest of the ridge. This is a somewhat steep multi-use track that can be ridden in either direction, but it does require some physical effort in places.

The trail was originally bulldozed in by DOC as part of the Kaka monitoring program; the vegetation has now grown in to make a scenic singletrack along the ridge.

From Jasmine Road, follow the winding new singletrack through lush beech forest with abundant bird life to a manuka scrub clearing at the crest of the ridge. The track winds gently through the beech forest to a point where there is a plantation forest of Douglas Fir on the south side (which is currently being logged).

Just ahead, a steep climb will have most riders off their bikes (a new section of track is planned to bypass the climb on the north side of the ridge, so stay tuned). Once clear of the Douglas Firs, the track climbs gently until it reaches another steep climb. This has been bypassed to the left with a hand built singletrack that climbs to the highest point of Big Bush Track which is also the start of Flying Moa Track.

From there, the track descends to the signposted junction of the two-way Kaka Track. The rest of the track undulates along the flat top of the ridge with some damp spots, passing through an area of windfall and eventually climbing more steeply to the start of Duck Down Track and Rocky Horror Track, 1.06 mi (1.7km) from the top of Kaka. 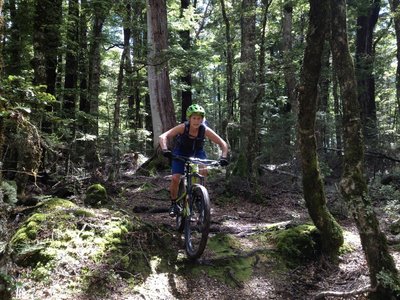 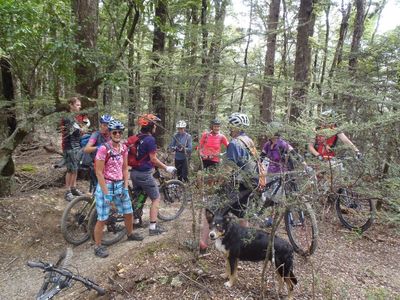 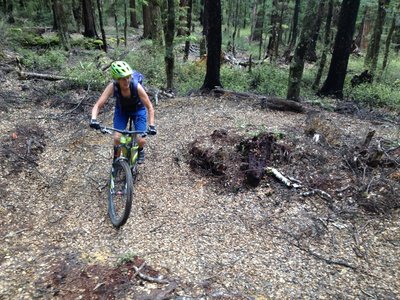 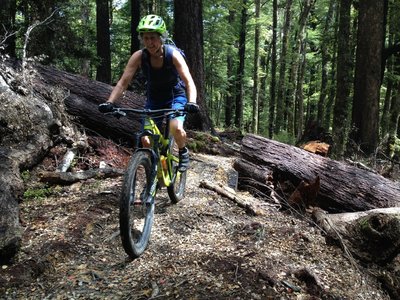 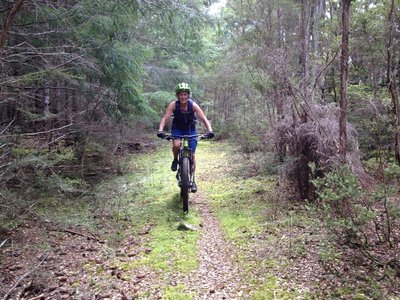