“A pleasant, fairly flat doubletrack that follows an aqueduct on the side of Teide volcano high above the Atlantic Ocean. ”

This doubletrack route follows the Canal de Vergara aqueduct in the shadow of the Teide volcano. Water is in short supply on the island so there are a network of storage reservoirs and aqueducts that crisscross the island. The surface is mostly crushed lava rock.

Also because you're riding on the side of a volcano, you experience landscapes that you probably aren't accustomed to. Most of this trail is through pine forest, but it traverses an area of eruptions that occurred in 1706 and 1909. These areas will have less coverage but the forest is starting to regenerate seemingly right out of the black lava rock.

You won't find any technical challenges along this trail; the only thing that might make it remotely difficult is the altitude. That might be welcome though because you probably had to do a fair amount of climbing to get here; at no point is this trail accessible by automobile. Access is either via the Pista Barranco de la Arena (Sand Ravine Trail) starting at the el Lagar camping area, via the Pista Arenas Negras (Black Sands Trail) starting at either the Arenas Negras camping area or the Arenas Negras Recreational Area, or via the TF-375 Cutoff from the west with parking either in Las Manchas or Arguayo. 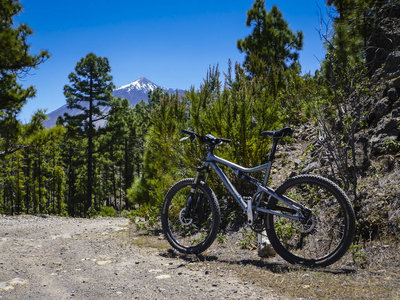 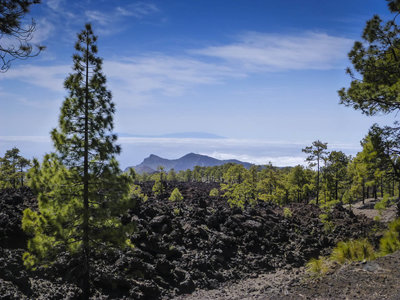 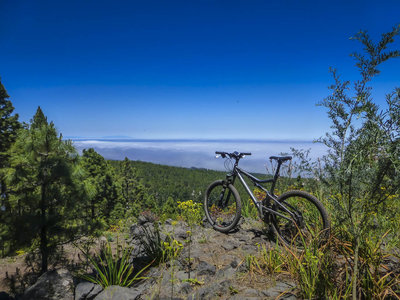 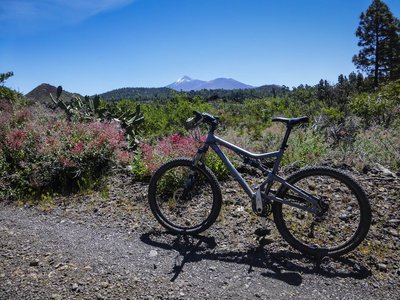