“A forest road route through the pine forests on the north side of Tenerife with multiple spurs. ”

Tenerife is a Spanish island in the middle of the Atlantic Ocean off the coast of Africa featuring year-round riding. This route traverses the pine forest on the wetter north side of Tenerife high above the Atlantic Ocean and high below the summit of the el Teide volcano. It traverses a number of parks and protected areas. It's predominantly forest road/doubletrack, so the main difficulties are the overall length and the altitude if you're not acclimated.

Tenerife is a year-round riding destination and also offers excellent beaches. There are a number of guiding services available which also offer bike rental. There is no VAT (sales tax) in Tenerife.

The black lava rock can be hot. Bring plenty of water and don't count on water at the recreational areas.

There are a few signs and trail markers and not all of the routes are well-marked. This trail intersects with a lot of other roads and trails, so a GPS track or the MTB Project mobile app are essential.

The route starts from TF-24 where there is limited parking on the outskirts of the main city on the island, Santa Cruz de Tenerife. It ends over 50 miles later in a remote area on the other side at TF-38. If you're shuttling this ride, consider that the western terminus offers no shade and the surface is black lava rock, so it can be quite hot. You might not want to wait there.

The western reaches of the trail are drier and pass through a region affected by volcanic eruptions during the last 300 years. This area features black sands and areas with minimal shade so it can become very hot in the direct sunlight.

More details on selected trails can be found in the individual trail descriptions. There are also a number of optional spur trails connected to this route as well that run to points of interest. 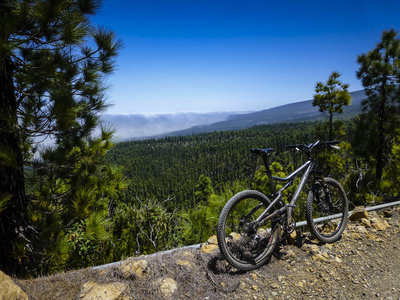 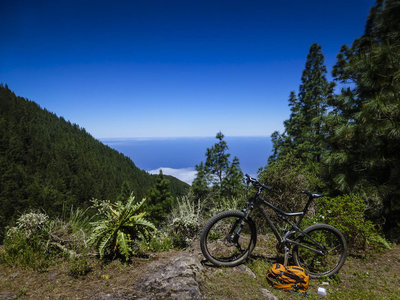 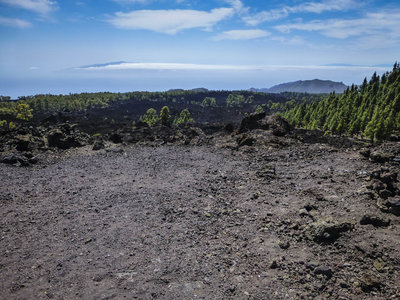