The ride starts and ends at Puerto Vallarta's (PV) EcoRide Mexico bike rental/tour shop in PV's Gringo Gulch. It features a long climb along rustic dirt and cobbled roads. The first half of the this ride follows the pristine Cuale River.

This ride starts and ends at the EcoRide bike shop in the Gringo Gulch area of PV, located on a side street less than 200 yds from the Elizabeth Taylor House - one of PV's historical landmarks. The owners of the bike shop can provide explicit instructions on the route and also offer a guided variation of the same.

If you choose to do the route self-guided, as I did, descend from the bike shop along cobble streets and pass in front of the Liz Taylor house. Follow the route along a series of quaint, narrow cobbled streets in the general direction of the Cuale River valley.

Within the first mile, you'll see the Cuale River on your right. Continue to follow this route along cobbled roads for the next 3.5 miles/5 km. When the road forks, go left and descend briefly to a concrete bridge that crosses over the Cuale. From this point forward, the road climbs almost uninterrupted to El Jorullo.

At El Jorullo (~18km), most of the serious climbing is done. To reach San Pedro, however, continue along the road to the ~19km point, where you need to stay left to complete the ride to San Pedro.

On my initial ascent, I missed this turn and continued down a steep downhill. To avoid this, stay on the road that branches left and is mostly flat. There are several small signs for a local store that are useful landmarks. If you start to descend steeply for a long period, then you've likely missed the turn.

Approximately 5km further on, the road will intersect another, take this final left turn and climb the last few hundred meters to the summit, which is marked by a nice restaurant, public bathrooms, and a decent view of the surrounding mountains. 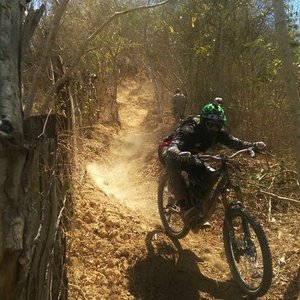 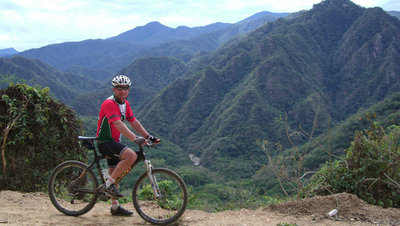 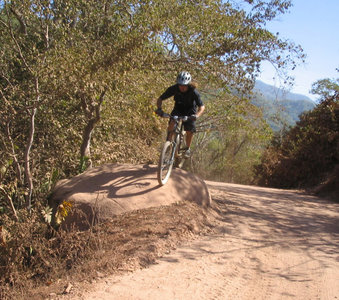 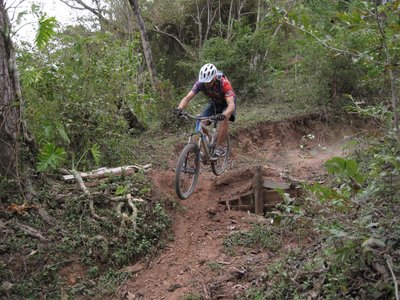 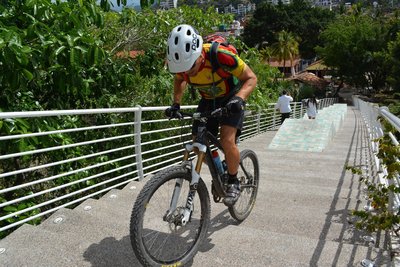