“A historic trail that was used by horse drawn coaches between Horopito and Ohakune until 1908. ”

A variety of beautiful scenery and a wonderful historic trail through the rugged landscape at the base of Mt Ruapehu.

Love old cars? Visit 'Smash Palace' at the beginning of the track at Horopito. It is the largest car wrecking yard in the southern hemisphere and has featured in classic New Zealand movies such as Smash Palace and Goodbye Pork Pie. Guests are always welcome to have a look around or maybe a coffee and a chin wag about old bangers.

Convenient transport leaves TCB Ski Board & Bike in Ohakune every day at 10am, 12pm and 2pm. You'll be transported to Horopito with your bike for $15. From Horopito you ride through the Ohakune Old Coach Road and back to Ohakune at your leisure.

The Ohakune Old Coach Road is great for the whole family and runs between Horopito and Ohakune. Horopito is 170 metres higher altitude than Ohakune, so the track is much more enjoyable starting at Horopito, as most of the way will be downhill. The track starts out by Smash Palace, a huge classic car wreckers/museum. From there you'll ride through a small stretch of farm track before entering The Tongariro National Park.

The track then flows through areas of native grasses, flax and ferns. Soon you'll need to walk your bike over the rail line. A short climb brings you to the Taonui Viaduct, a great photo spot. From there you drop down under the viaduct into magnificent native forest for a long steady climb to the highest part of the track as the Ohakune basin comes into view.

The pay off for that climb is about 3 kms of flowing downhill riding on a great surface in beautiful forest with awesome views. This section ends with a series of narrow winding corners with a steep drop off. Take caution here. You then come to a T junction. The track continues to the right, but make sure you turn left to visit the Hapuawhenua Viaduct, which is only about 100 metres from the T junction. The Hapuawhenua Viaduct has been refurbished and you can ride or walk across it. It is 45 metres high and 300 metres long. The valley it crosses was the last major obstacle to complete the railway between Auckland and Wellington. Selfies on the viaduct are a must.

The track then climbs over a small hill through more native forest delivering you to the entrance of the hand dug rail tunnel that goes through the hill you just traversed. The tunnel is no longer used and you can ride the full length of it. It is blocked off at the other end so you have to come back the way you came. There is just enough light to get through without a torch, unless you're afraid of the dark. From here it is soon a long grassy downhill along the side of the hill to the end of the track at Marshall's car park. To get to Ohakune just ride along Marshall's Rd and turn left at the end of it. This will take you to The Ohakune Pump Track. Across the road from the Pump Track is the Mangawhero River Walkway. If you got the transport from TCB, you can follow the Mangawhero River Walkway all the way to Ayr St.

The Ohakune Old Coach Road was used by horse drawn coach between Horopito and Ohakune until 1908 when the railway through the rugged landscape was completed. This was the last section between Auckland and Wellington on The Main Trunk Line. The track takes in 2 disused viaducts that were part of the original line, that have now been replaced and the track realligned. The Hapuawhenua Viaduct was an engineering marvel in 1908 and became the poster child of New Zealand Rail. It is 45 metres high, 300 metres long and curved throughout its length. The viaduct has now been refurbished, and you can ride or walk across it. It was also the sight of the world's first ever commercial Bungy Jumping venture by A J Hackett.

There are numerous information boards along the track explaining the history of the track and the building of the railway. 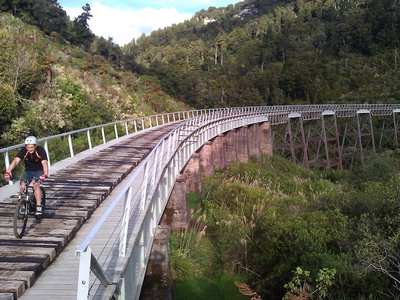 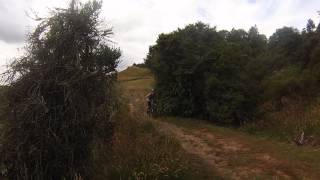 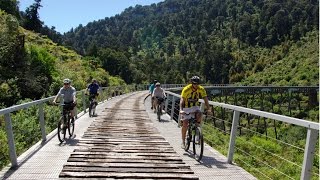 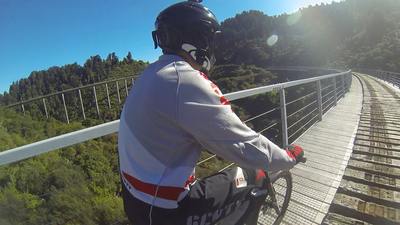 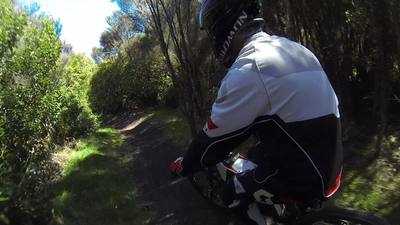 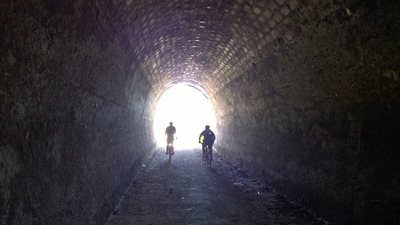 All Clear 24 days ago See History 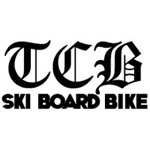