“Run the length of the park on the only singletrack that lets you do it. ”

The major first intersection you'll come across is with Burl Cutoff. The 45th Parallel Trail jogs slightly left at the Burl Cutoff intersection. The next section of the trail that you are coming off of is offset 20 feet north from the next section which appears to the south. The trail sign for the next segment of 45th Parallel is set back about 80 feet onto the continued trail path. While it is set back, there is a clear line of sight to it from Burl Cutoff.

As you continue pedaling, a few minutes later you'll intersect another singletrack called Dynee's Tail, which runs north/south. Dynee's Tail will be the single tracks to the left and right, just continue straight.

Note: Right before you get to the the next major intersection with Blue Trail, you'll cross another singletrack, if you take a right turn onto this singletrack you'll connect with Steam Donkey connector.

The trail is very muddy after rain. The first sunshine on a weekend after rain is when the horses come out, and the trail gets pretty abused. This route is flat, and sees more use than other trails in the area, so you won't have to push through as many brambles or ferns as some singletracks. 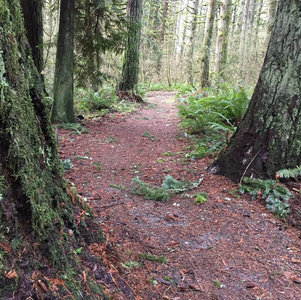 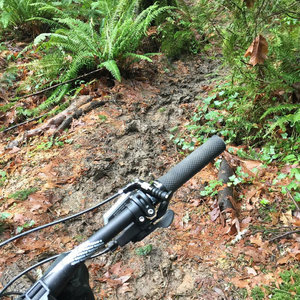 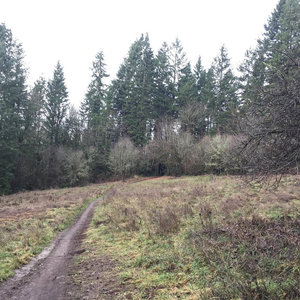