“A wild ride from mild to crazy. ”

Riding south from the intersection of Moab, 8-Ball, and Dos Equis, there is a short, rocky climb that marks a distinct change in character in the trail. The tread becomes less refined and narrower with more rocky molars in the trail tread. Turns are still flowy, but still sharp enough to hide some surprises. You can pick up speed if you have the skill and nerve but most riders will have second thoughts about cranking up the speed when they glance over the down-side at the sometimes significant exposure, or come upon some obstructions on the tread unexpectedly. Still cross-country in nature with no large obstacles, the main challenge is to your confidence. In general, the trail-tread is stable and secure.

Midway through the ride, the trail doubles back on itself and drops down into the wash, down a very steep section that is deeply eroded with loose, unstable tread and deep cuts. This is followed by an equally eroded, 51% grade back out of the wash. Bring your JATOs for this climb; it's challenging just to walk it.

Following this is a segment that is almost boring by comparison. The turns are more gradual, there are no unexpected rocks. The trail seems so milk-toast, it's easy not to notice the steep drop on the outside but don't get too relaxed, I know two riders who have taken the long slide to the bottom when they forgot the rule that, "your bike goes where you look." Thank goodness neither of them was seriously injured.

The fun's mostly over at this point. The trail peters out as you approach the canal and it's easy to find yourself following what LOOKs like the most used path, only to have it dead-end at the top or bottom of an impossible slope. Keep your chin up and make your way toward the canal and you'll eventually hit the sand roads that lead back to the canal. 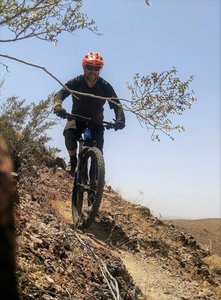 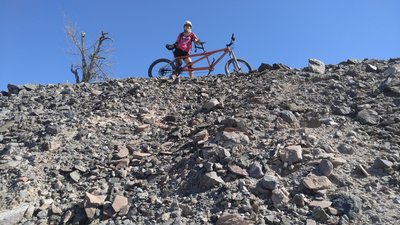 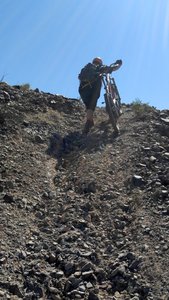 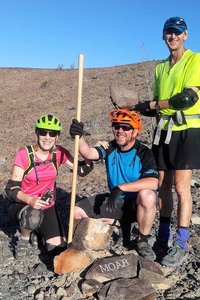 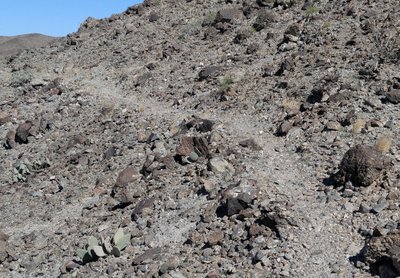 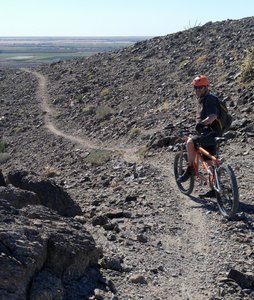