“A beautiful ride along the wild and scenic South Fork Trinity River. ”

Family Friendly The first 3 miles are along a narrow road and are very family friendly (though the further you ride upstream, the less friendly it becomes). It starts at the family friendly Scott Flatt Campground.

A wild experience: mostly singletrack 18 miles one-way. The trail travels through old growth forests, along the wild and scenic South Fork Trinity River, and through the Chinquapin Roadless Area.

The upper sections can be snowed in during winter as can the passes along Highway 36.
There are no amenities in the area. If you need something your best bet is Fortuna, Red Bluff, or Hayfork.

Some sections of singletrack are narrow and exposed over the river.

This area is more wild than most official wildernesses, don't expect to see other people and be prepared to take care of any issues on your own.

The trail is a road for the first three miles until it crosses the river at a bridge, however, the majority of the trail is tight singletrack. It winds on fairly mild contour along the wild river with plenty of great river and mountain views. Swimming holes abound and if you're there the right time of year you might even see spawning salmon (several species call this river their home including one of the last remaining populations of spring Chinook salmon in California).

The singletrack gets narrower and less used the further upstream you travel. It is maintained but typically only once per year so there can be logs down.

There are six spur trails that connect to the main River Trail but they are predominantly historic trails; steep and not well maintained. As long as you stay on the main trail along the main stem of the South Fork Trinity River, you're good to go.

The trail can be ridden as a directional downhill with a shuttle but the drive to the upper extent of the trail is long and remote on poor roads.

The wildlife is spectacular due to its remoteness and roadless character. Black bear, black tailed deer, and bald eagles are common while rumors of Bigfoot also abound. 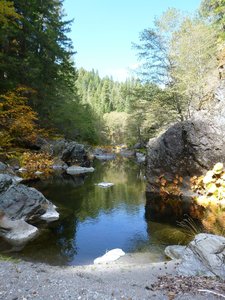 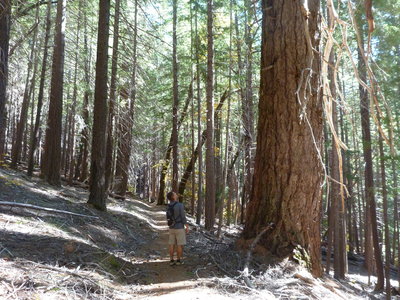 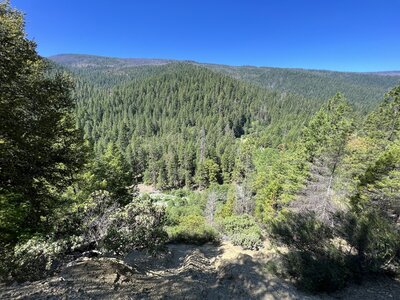 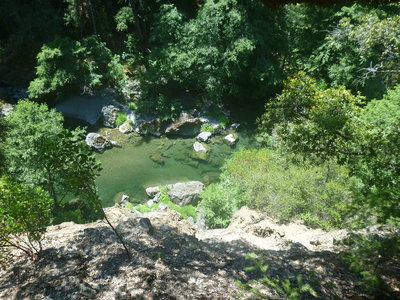 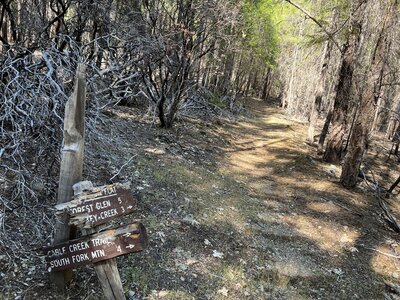 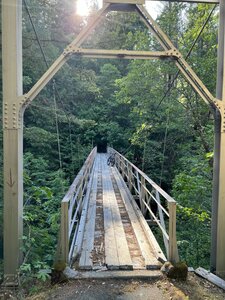