Psycho Path is a singletrack trail that connects Dynamite Road to Turf. Depending on the direction of travel, it can be thrilling downhill fun or a challenging but rewarding climb.

Starting from the eastern end, Psycho Path will be mostly straight singletrack with one brief section where the foliage forms a tunnel effect. Trail speed increases as the trail heads slightly downhill, but brakes will be needed for a series of S-turns. After the S-turns, the trail straightens out again and passes over an old stone bridge. The trail will then begin some wide sweeping turns. At one part of this fast section there will be somewhat of a blind spot as the terrain briefly flattens out then pitches downhill again. Please announce your presence early and be prepared to stop for riders coming uphill. The trail ends with a rooty downhill before the trail turns right into Turf.

Starting from the western end of Psycho Path at the end of Turf, the trail begins with a challenging root strewn climb. The trail will flatten out briefly and sweep left, but will soon begin another climb. Be wary of other riders coming downhill as they may be carrying a lot of speed. Announce your presence approaching the crest of this climb as you may be obscured by the terrain. After cresting this climb, the trail will briefly flatten out but then start rising again for the final significant elevation change. 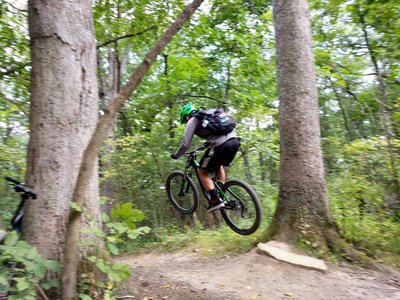 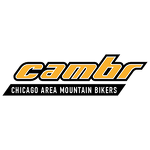