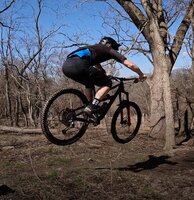 The section of Allegheny Trail described here was dramatically improved and used as an enduro segment within the 40-mile cross-country gruel-fest of Rattlesnake 2014. Starting at the trailhead off Canaan Loop road this part of the Allegheny trail is perfectly suited as an enduro segment given that it is a prolonged, fairly technical, downhill with a considerable amount of pedaling.

More importantly, it is super fun and it rides great in either direction. The Allegheny Trail itself stretches many miles from the Northern to Southern extremes of the Monongahela National Forest. This section connects Canaan mountain and its network of gnarly singletrack to Canaan Valley State Park and its much more moderate set of trails.

At the top, the trail crosses a meadow. While this used to be a mix of mud bog and rock garden, it was filled in with gravel providing a fast start. The rocks become more prominent as the trail starts to tip downward giving the rider a nice, but not too difficult challenge. In the upper reaches of the trail there is a stream crossing and a segment of short steep uphill.

As the trail begins its descent in earnest along a canyon side, there are some fast, flowy downhill segments. Much gratitude goes to the trail workers who rearranged boulders to make a stream crossing rideable about half-way down. The before-after comparison is truly impressive.

As the trail reaches the bottom, the rider will encounter a series of newly constructed wooden bridges in a beautiful section of forest. The trail then reaches a fork with Railroad Grade Trail to the right or left. Either direction can get you to where the Allegheny trail continues its southward odyssey. The right direction follows the Allegheny Trail, whereas the left direction requires meandering through Middle Ridge, Club Run and/or Promise Land Trail to reconnect with the South end of Railroad Grade Trail which sends you southward on Allegheny Trail. 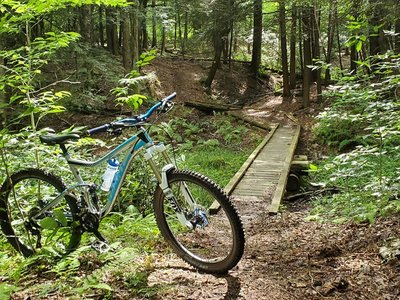 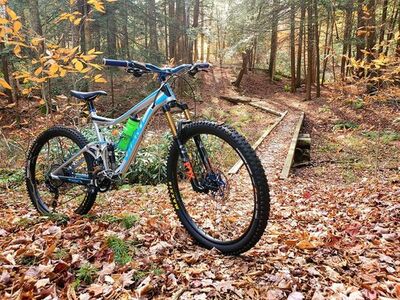 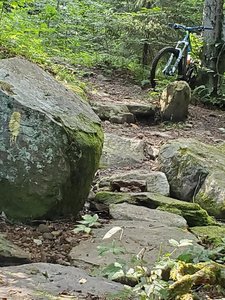 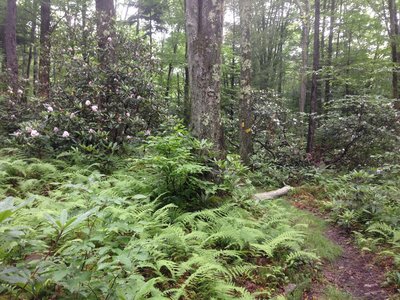