“A sample of the best trails in the Canaan Valley Institute. ”

This loop samples the best of the CVI (Canaan Valley Institute) riding area adjacent to the Blackwater river near the small town of Davis. The rider will experience the famous Moon Rocks section, get views from the top of Hoodoo Rocks, take two of the areas better descents (Hoodoo and Hellbender Trail ) and ride the spectacular Splash Dam South Trail.

If wet, Trials Road trail can be discouragingly muddy and even in dry weather the mud bogs just before Moon Rocks are an issue.

Park in Davis which gives plenty of great options for apres-ride refreshment including the Hellbender Trail namesake for a burrito.

Start up Trials Road trail from behind the Shop 'n Save in Davis. As described elsewhere: This trail is approachable for all levels of riders; however short technical sections provide a degree of difficulty.

Continue onto the Moon HooDoo Rocks Trail by staying to the left where the race course sign directs experts. The first section takes you through meadow and forest with a few rocky bits up to a mining area with views to the north and back towards Davis. Next is a small descent into a meadow with a stream crossing followed shortly thereafter by some terrible bogs leading up to Moon rocks. The rocks are a cratered ridge forming a plateau that offers an exciting challenge.

This ascending section is plenty wide for many possible lines. The rider may want to turn around and try it in the downhill direction before continuing on. The trail then descends off Moon rocks and begins the ascent up to the top of Hoodoo rocks. This begins with an extended rock garden, then an old narrow grade ending with a sharp right turn back onto singletrack ascending steeply. The Hoodoo rock outcropping will be on your left and offers nice 360 views of the area. The descent begins with some short stretches of rock garden followed by a fairly long, rocky trail with a few sharp turns and dense tree cover.

Towards the end there is a short rise, then more downhill until the exit, where it joins Rock Shocks (more accurately 3B's) with a bridge crossing Yellow Creek and then a left down to Camp 70 road, which you can easily see at this point.

At Camp 70 turn left (East) and head to pedestrian bridge. Cross the Blackwater on the bridge and head up the dirt road staying to the left at first junction. Stay on the road climbing all the way up to where it first tops out with a short descent in front of you. Shortly ahead on the right is the top of the Hellbender Trail : It starts with a gentle ascent across a beautiful meadow with boulders and often grazing deer. The ascent steepens for a short climb over some rocks as it enters forest. Shortly after, the descent begins. There are a few tight turns and a short section of rock garden. Not particularly steep, it flows pretty well and is well worth the ride up.

A sign at the end of Hellbender Trail marks the beginning of Splash Dam Trail . Take this as it descends back down towards the Blackwater. It has a few short steep climbs and lots of rock gardens (the rock gardens are much tamer now that most have been smoothed out as part of the HOH project). The level of difficulty is fairly constant for the entire trail with challenges that are typical of the area (roots, rocks, mud). This trail is particularly recommended for its natural beauty and its maintenance, which has mostly eliminated mud bogs.

You'll finish on highway 32 just south of Davis. Turn right and head back into town to complete the ride. 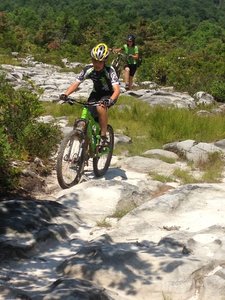 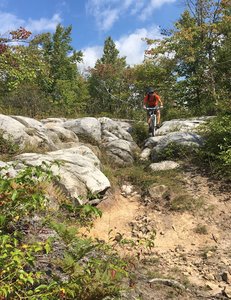 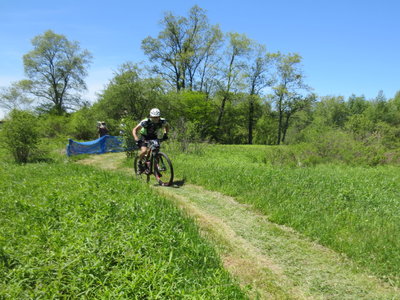 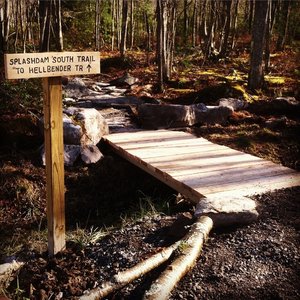 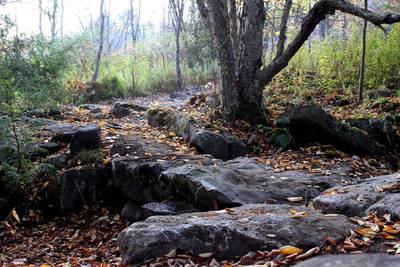 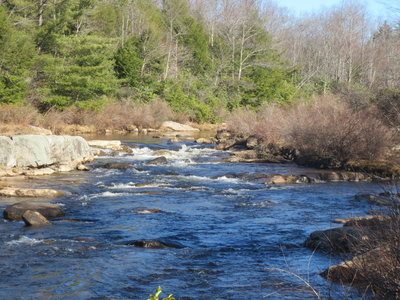