“It is not true that this is a nearly non-stop rock garden from top to bottom, it just feels that way ” Unless you are using this trail to access the power lines short cut to the top of the Uplands Trail (Blue) you should avoid climbing this trail as a whole. There are extended rock gardens on steep portions of the trail that are challenging to descend, to say nothing of climbing. From it's highest point where it links up with the Uplands Trail (Blue), the trail starts out flowing and is occasionally disrupted by fallen trees and roots. This is followed by a series of rock gardens, one of which is extremely challenging to complete (most people get hung up on the rock bridge over the stream). At some point between the rocky goodness there is a very large fallen tree (3' to 4' in diameter, perhaps larger) that local riders have piled large rocks against to create a "natural" obstacle. As you near the end of the upper singletrack section, the Robert Rodale Trail (Purple) branches off to the east. Finding this junction is sometimes difficult.

Just after the Robert Rodale Trail (Purple) branch-off the trail joins the power lines access road in a westerly direction. This portion could be considered a rock garden bomb run in it's own right. Just before it returns to singletrack at the dead end of the power line road there is a great view of the Lehigh Valley.

The second and lower section of the trail is significantly less rocky than the upper portion. Again, there are several rock piles to be found that appear natural but are in fact launch pads for some short air time. As always at the trail system, do not attempt them until you have ridden the trail as a whole a couple of times as the landings are rocky and usually joined by a turn. The trail continues until it meets up with the Alpine Trail (Orange) just east of beginning of the Uplands Trail (Blue). 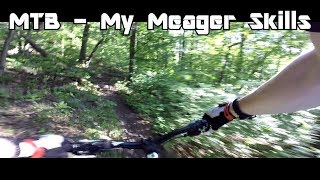 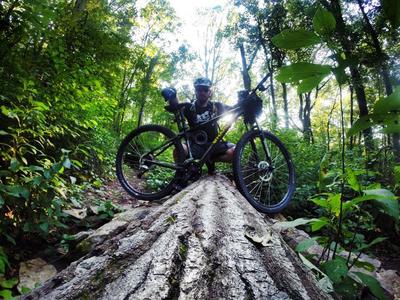 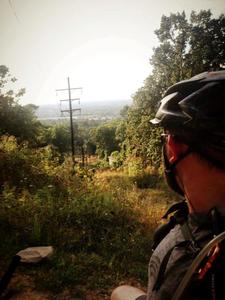 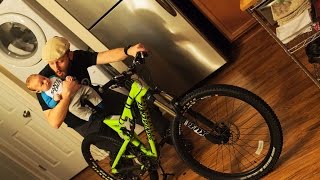