“An outback experience in the rugged Ouachita hill country. ” If you want to get away from it all and have a back country experience, then this ride should do the trick. Winding Stairs area has some really nice scenic views. Bring your climbing legs and rubber boots because you'll have a pretty steep hill to climb and multiple water crossings.

For more information go to Mountain Bike Arkansas at mtbark.com

There are a couple of water crossings that usually have water flowing. After a rain these creeks can have a lot of force and easily take you down stream. My advice is the warning they give for a flash flood, "turn around don't drown".

This loop is actually part of a much bigger loop called Eagle Rock Loop. The loop consists of two trails and a road. The first trail coming out of the Albert Pike Recreation Area is the Viles Branch Trail that is accessed from with in the park. There is a nice little climb to the top of a rather large hill that has some really great vistas overlooking the park.

Once at the top, it's all downhill to Forest Road 106. Remember this road as you'll be coming back on it. Cross the road and the Viles Branch trail follows the the Little Missouri River. You'll end up crossing this river about two times. One crossing in particular can be a little tense if there has been a large rainfall in the area. There is normally a rope across this section of the river for you to hang on to so that the current does not wash you away. Most of the Viles Branch trail is pretty mild as far as climbing goes. There are some technical areas on this trail that require some good handling skills especially around the Winding Stairs area.

Speaking of Winding Stairs, this is a must stop area because it has one of the most breathtaking views on this trail. There is a nice swimming hole in this area and if the day is a scorcher there is a cave just on up the trail that no matter what the temp outside is the cave is always cool, being supplied with cool water from a local spring. There are plenty of rocks and roots on this trail so be prepared. Some sections may even be hike a bike for the less experienced riders.

After some really nice flowing trail through the woods, you'll come to a junction of the Viles Branch and the Athens Big Fork trail. Head on up the Athens Big Fork. It is on this trail where you'll experience one of the longest, steepest and yet rid-able climbs of the ride. Beware that in the summer months this section can get really hot because it is located on an exposed side of the mountain. After you make it to the top of Brush Heap Mountain you are setup for one really sweet downhill. Be careful on the downhill as it can be loose in places and is steep. Once you're off the mountain, you'll cruise a little bit on some singletrack and eventually pop out on Forest Road 106. Turn right onto Forest Road 106 and this will take you back to the Albert Pike Recreation Area.

The area, ( which is named after Albert Pike, a Confederate General) is rich with history of Indians and settlers. The Caddo Indians lived and hunted in the area for many years before the settlers came and homesteaded the area. Evidence of Indian life is still being discovered at archaeological digs near Winding Stairs. Arrowheads and flint chips are plentiful in the road beds and trails. 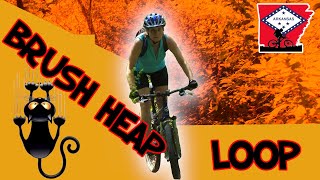 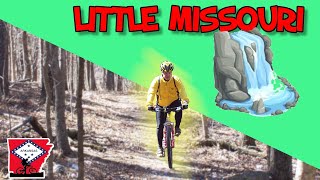 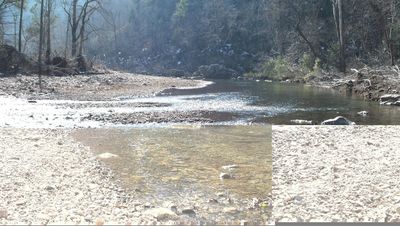