“A 35 mile tour of the Palouse Divide region with banked single/doubletrack and a fire lookout. ” This is a big tour that combines two loops, repeating only 3 miles. This ride entails singletrack and FS roads, and descends almost exclusively on single and doubletrack. A shorter loop (22 mi.) is possible by returning to Giant White Pine Campground after the Beason Meadows Trail.

The singletrack trails are open to motor bikes and hikers and the doubletrack is open to ATVs, so ride accordingly. The trails are generally well signed; when they cross logging roads, look for the sign on the other side and you'll be in good shape.

From the Giant White Pine Campground, cross ID Hwy 6 and find the signed trail that connects the Old Sampson Highway. This leads to the old "highway," which is really a reclaimed dirt road. Follow this to Palouse Divide and cross Hwy 6 at 5.6 mi. from the start. Cross the highway and take the Palouse Divide Rd 377 for 9 miles to the Bald Mountain Lookout. From the lookout, follow signs to the Beason Meadows trail, starting on doubletrack, and then splitting right from the doubletrack onto singletrack trail. The 7 mi. descent drops 2500'. At the bottom, be careful to follow signs either to Palouse Divide, up Piah Creek (to complete the full tour) or back to the Giant White Pine Campground (for the 22 mi. option).

If continuing the tour, climb a singletrack trail up Piah Creek, Tr 224B and 224. This is steep in sections, then it's 5.5 mi. back to Palouse Divide Rd 377. At the Palouse Divide road, turn left, recognizing that you've been here before, and head West towards Palouse Divide and Hwy 6. After 3 mi. look for signs for the trail to Three Tree Butte, on your left. Follow this trail (which crosses some roads but is generally well signed) back to the Giant White Pine Campground.

This tour includes trails described by Jim LaFortune in his 1995 book referenced below; the book can be found in local bike shops in Moscow, ID. Note that Palouse Divide is also referred to as "North-South Area," in reference to the old North-South Ski Area that operated just east of Palouse Divide proper. 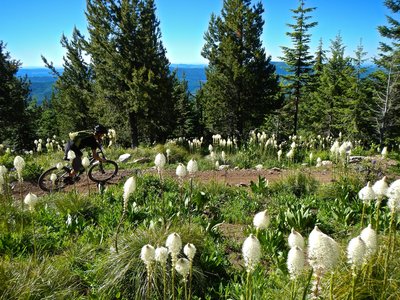 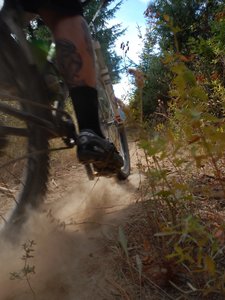 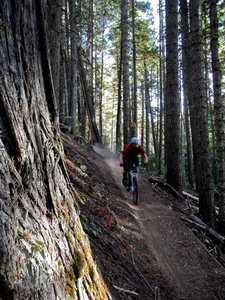 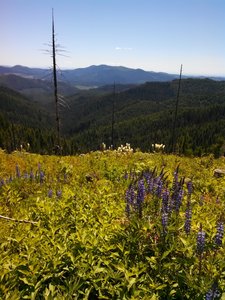 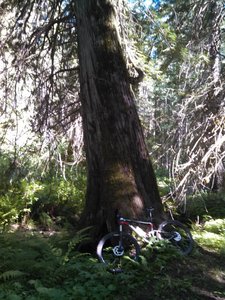 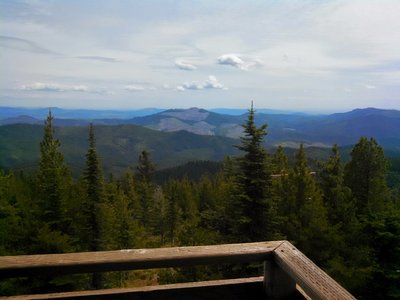