These trails are mostly flowy singletrack with a ton of curves, some obstacles on the black loop, and beatiful mature forest.

The green loop is the easiest difficulty, rolling and flowy. There are smaller hills with low grades, and the trail is smooth with few roots which lets you carry a lot of speed, but this loop also has plenty of twisty turns to mix it up. The blue and black loops are accessible from the green and slightly more challenging, with longer hill climbs and faster downhill sections.

As of fall 2013, there are two technical man made features on the black loop, a double teeter totter and dragon's back. The "dragon's back" is shown in the pictures and best described as a roller coaster bridge. Both features have bypasses. There are also a number of log jumps on the blue and black loops.

The trails are well groomed by the state park personnel and there is decent signage. If you're here in the summer, pack your swim suits to hit up the beach when you're done with the ride. There are also nice shower facilities in the park to rise off.

Put in by the Cronies Trail Crew: facebook.com/pages/Cronies-… 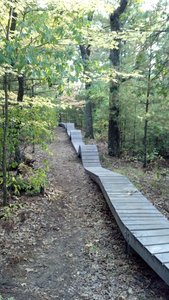 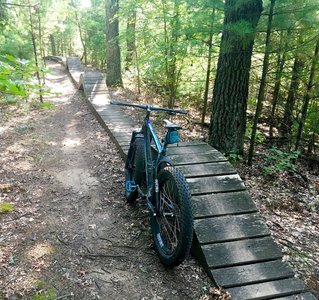 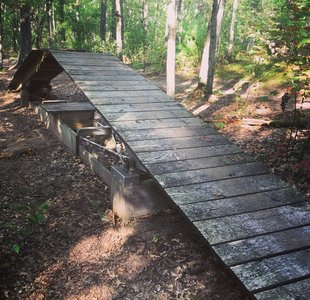 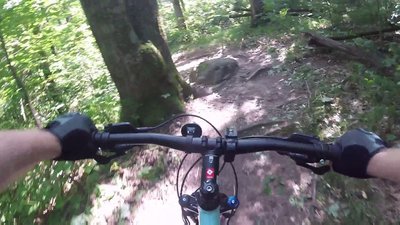