“A huge adventure across the mountains making up the back side of Vail. ” The portion of this trail between the Vail Bike Path on the eastern end and 1 mile from the trailhead on the western end is closed for elk calving from May 6 to June 30.

The trail is very steep and much harder on the east end (from I-70 up to Two Elk Pass). It is mostly unridable until you get to the pass - you've been warned! The western portion (starting at the pass) is considerably easier.

Many loops and epic rides are possible, though most require a shuttle.

From the east trailhead, follow the Old Vail Pass road, now the Vail Pass Recreation Path, 1.8 miles to the junction with the true Two Elk Trailhead on the right. The trail drops from the recreation path to a bridge crossing the Black Gore Creek, then passes under I-70 into the tight Timber Creek canyon which is a cool shady forest alongside the creek. At mile 2.6 the trail makes a sharp right across a third bridge before starting the steepest climb.

From Two Elk Pass, a bunch of trails diverge. Don't worry too much as long as you're on one that is going downhill to the west, under the Mongolia bowls of Vail ski area. Other trails make some other good rides... but that's for another day.

There is evidence of an older version of the Two Elk trail that goes is deeply rutted and goes straight down the drainage. The new trail is now very smooth, easy, well built, and winds around the open meadow.

Continue down, passing the bottom of ski lifts. You'll cross a few roads, but never stay on one for more than 100' or so, and you'll find the singletrack again. You might have to look around in a few places, but it's all there.

Once you leave the ski area behind you, the forest gets thicker and the trail rockier. It follows Two Elk Creek for several more miles of moderate to difficult (due to rocks) until eventually popping out at the valley floor.

You'll be at the end of Cemetary Rd (and a shooting range, which is a little disconcerting after so many miles of backcountry riding). Follow the road for a mile or two into Minturn. 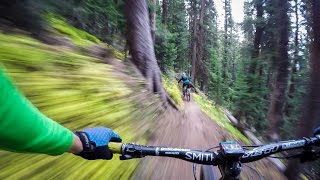 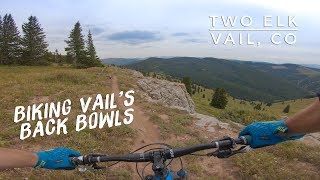 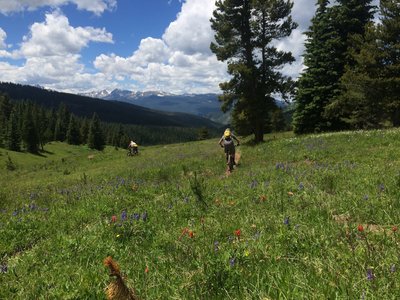 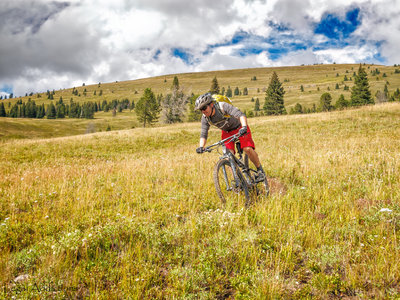 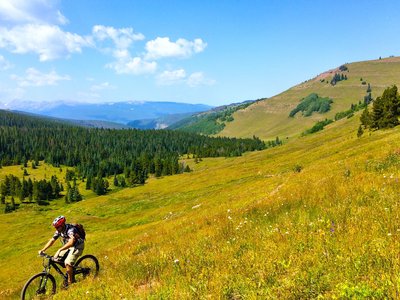 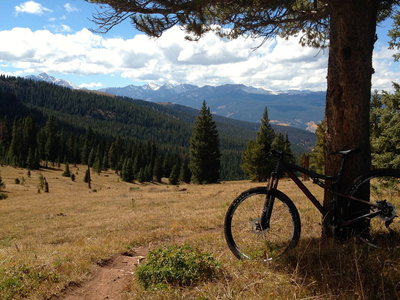