“A grueling climb followed by a fast descent on the Sandia Peak Ski Area trails. ”

May be closed during summer months due to fire danger, check with the ranger station for details.

Singletrack switchbacks is what you're in for. The trail tends to be narrower and smooth when in the open area where the ski runs are and wider and more technical in the trees. At the top, take the time to pedal up and look out over the city from the actual Sandia Crest. Most of the descent is fast with banked corners, though beware of the soft sand on the outer edges as you exit the corners especially when it's been dry.

If the ski area parking is closed, park on the road and ride into the lot, otherwise start by riding to the northern end of the lot and up the dirt road that loops back to the south. Take the signed singletrack on the right a short ways up for "King of the Mountain", Falcon Ridge and another trail. Follow this through grassy switchbacks occasionally moving from one ski run to another. Eventually take another right, this one signed for "King of the Mountain" (King), at this point the climb begins to get more interesting.

Through the middle portion of the climb you'll end up in the trees and are faced with rocks and roots in the corners. There are several technical sections, some on short downhills, that feature big rock ledges and roots or very narrow lines. The upper bit of the climb smooths out again and you eventually come out on a short section of dirt road to get up to the top of one of the lifts.

This is a great place to pedal up to the crest and look out over the city or have a burger at the High Finance restaurant.

Continue past the lift and around the ski patrol shed to pick up the Golden Eagle trail. This trail descends almost the whole way, though there are a couple of short uphill spots and few longer flat sections that require pedaling. There is not much beyond controlling your speed and the chop from other riders breaking into corners to challenge the rider. There will be several times that you cross trails and service roads on the descent, just stay straight on the singletrack. 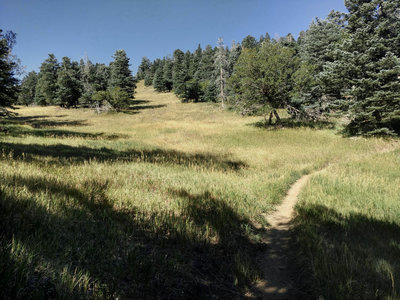 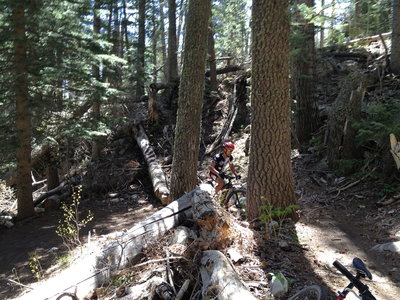 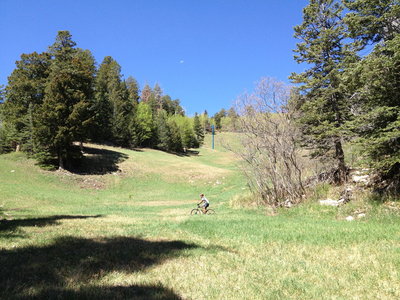 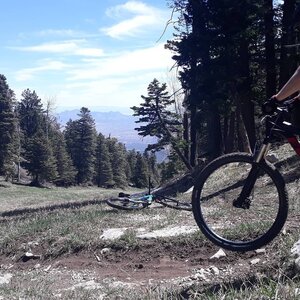 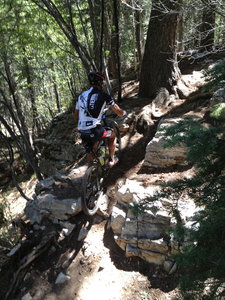