“Classic ride across the landscapes of the new wild west. ”

This ride includes scenic dirt road/gravel riding and the best singletrack on the Horse Thief mesa. The ride down to and across the Rio Grande gorge's west rim is spectacular.

If you're heading back during sunset, take a look back to the east when the mountains light up with Sangre de Cristo alpenglow, it's also a great ride to start early when sunrise lights up the Rio Grande gorge.

The first two miles of road riding follows the Rio Hondo, once you head up the hill on Old SR 3 there are no water sources. Camping isn't allowed at the bridge, if you drive across and up to the west rim of the gorge you'll be surrounded by vast, open expanses of BLM land for dispersed camping, within and just beyond the Rio Grande del Norte National Monument boundaries.

The Midtown Lounge in Arroyo Hondo is a "New Wild West" style bar where you can rehydrate after your ride. There's also a small store that's open during the day with snacks and a decent selection of microbrews and the typical cheap beers stocked.

Like everywhere in and around Taos - be prepared to encounter loose dogs on the roads! Most are friendly but some might not be, it's just a part of riding here.

Start at the John Dunn Bridge where the Rio Hondo flows into the Rio Grande. Ride east up County Road B-007 then cruise through the Arroyo Hondo village. Turn left onto and ride up the Old State Road 3 (look for signs with Old SR 3).

Take the Trementina Trail Road to the Horsethief Mesa Loop singletrack and enjoy the ride along some amazingly scenic terrain down to then along the east rim of the Rio Grande Gorge, several scenic viewpoints can be found a few steps off the trail.

Variations of this route can lengthen or shorten your ride by using the several dirt roads that connect sections of the singletrack loop.

Who stole John Dunn's horse after a drunken fight on a cold August night in 1893? Some old stories say the thief was buried out on this mesa. Dunn was a rugged, surly hustler and a horse thief himself. After running from the law in Texas where he was sentenced to a life behind bars, he hitched a ride to New Mexico during the peak of the 1880's gold rush. Following the mining boom he invested in saloons and brothels in Elizabethtown and Red River, and eventually made his way to Taos. Noticing an opportunity to profit from the few routes to and from town Dunn purchased land and bridges at the two Rio Grande crossings. A flood destroyed them and he built a new bridge near the current site in Arroyo Hondo and a hotel nearby. He rigged the stagecoach times so it was convenient for travelers to stay at his hotel rather than ride the two+ hours to Taos after nightfall. The original bridge in Hondo was also wiped out by a flood, old support structures can be seen along the banks of the river. 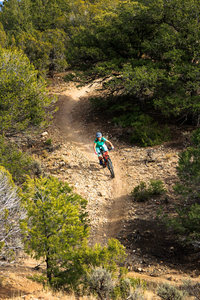 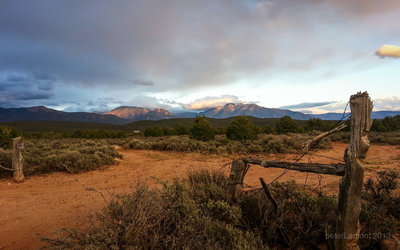 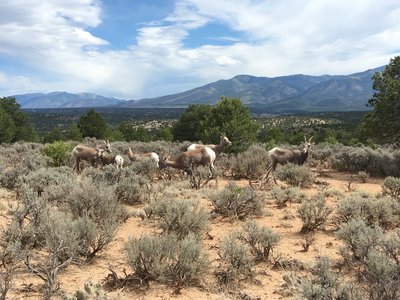 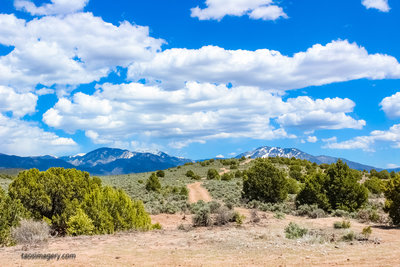 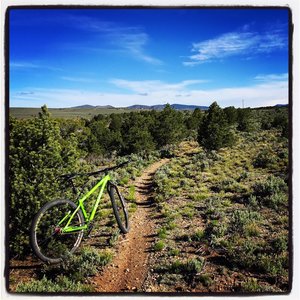 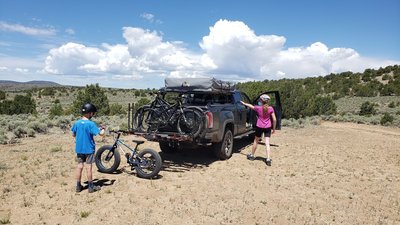