“This trail provides an opportunity to discover the lifestyle and the beauty of the communities that live here. ”

This reasonably casual ride starts and ends in the village of Pokr Mantash Village and heads south to enjoy the landscape and surroundings around Lake Mantash.

Once at the village make your way to the southern edge to pick up the start of the Pokr Mantash Country Road. This doubletrack leads through the closely packed fields and over the hills to soon connect with the Mantash Lake Road.

At the intersection, turn left to continue a doubletrack climb on a half-century old gravel road that climbs to the southeast before leveling off along the shores of Mantash Lake which was constructed in 1967 to act as a reservoir for local residences and pastures.If you're looking for a shorter ride you can turn around after admiring the water, but you might as well continue to where the doubletrack ends at the head of the canyon.

The Mantash River flows in the canyon adding a nice addition to the sights. This area is specially known for its acidic water sources, one of which is marked on the route. There's also plenty of opportunity to see ducks and eagles as you pedal.

On the return, descend the Mantash Lake Road until it ends at the main road. From there, it's less than 2.0 kilometers to return to Pokr Mantash Village where a taxi can be hired for the return.

Flora:
Shirak province’s flora has a rich variety of plants and shrubs. It has some forested vegetation, especially by Mantash Lake. Sour water flows out from underground. It’s home to many useful medicinal and tea herbs.

Fauna:
There are few animal species at the slopes of Aragats. You’ll most probably come across wolves, foxes, hares, rock badgers, mice, birds, butterflies, insects and beetles. During summer, some species of snakes may also be encountered here. 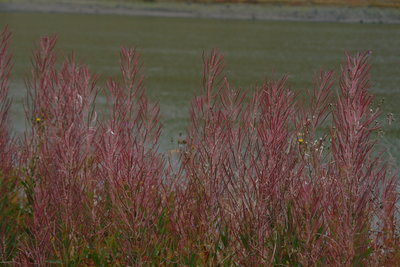 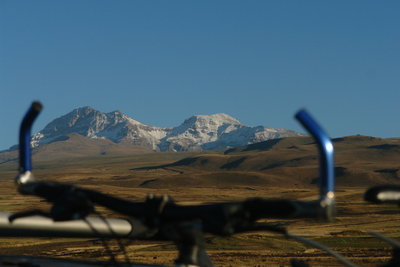 Shenavan, Not set (Republic of Armenia)

Ushi, Not set (Republic of Armenia)