Geghard Monastery to Khosrov Reserve and Temple of Garni Ride

“A fun ride that starts at a world heritage site and ends at an old temple. ”

In the Khosrov Reserve, adjacent to the biking trail, the connection is very poor. In Geghard, Garni, and the surrounding areas, all networks within Armenia are available. In case of emergency, call 911, a service which is available throughout Armenia. Be wary of dogs guarding flocks of sheep.

Enjoy a great point-to-point ride that follows dirt and paved roads to take in some of the area's great landmarks while also explore the Khosrov Reserve. Except for a smaller climb at the end, almost all of the climbing occurs during the first third of this ride so you can focus on enjoy the pedal and long descent the rest of the way.

This ride begins at the Geghard Monastery. In addition to the excellent architecture of this landmark riders will find various tradesman offering handmade wears and delicious Armenian gata (biscuits), dried fruits, ttu lavash (fruit lavash), and sujukh (churchkhela) made by Armenian women.

After enjoying the sights and refreshments, begin a 5 kilometers pedal on paved road through the village of Goght to reach Geghard. Ride to the south east corner to start on the Khosrov Reserve Road.

At roughly 25 kilometers, this section of dirt roads forms the backbone of the ride. There are 3 more kilometers of climbing that lead steadily up to the high-point. With the majority of the work out of the way, it's time to enjoy the rolling terrain that borders the edge of the plateau.

You'll have plenty of opportunity to observe the local flora and, perhaps, the wild animals of the Khosrov Reserve. The Aghjots (St. Stepanos) Monastery adds a distant view to the route to reach the reserve's guardhouse entrance.

Get ready for a long fun descent where the road makes a sweeping turn to the north. The next couple of kilometers follows the contours and switchbacks down along the slopes for a quick descent. After leaving Khosrov Reserve the road works back to Garni Village. Follow the ride through the paved roads to end at the Temple of Garni.

Geghard Monastery's two-story stone temples, church, cave structures and several tombs are one of the most popular landmarks in Armenia. The nearby village of Gehard was founded in the ninth century by Grigor Lusavorich (Gregory the Illuminator).

At the end of the ride is the Pagan Temple of Garni Legend has it that Garni was founded by Hayk Nahapet’s great-grandson, Gegham, who named the temple after his grandson Garnik. Another legend claims that Garni was originally called the Temple of the Sun.

in Garni, Goght, and Geghard

in Garni, Goght, and Geghard 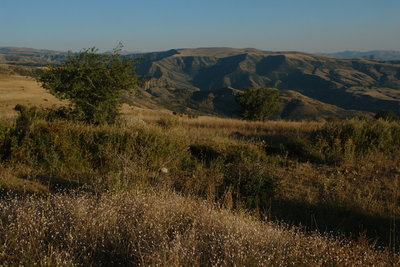 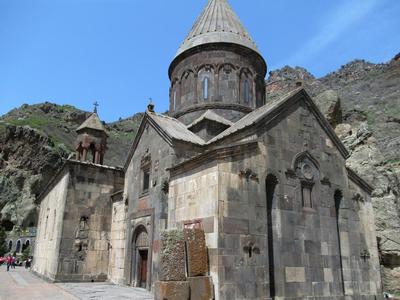 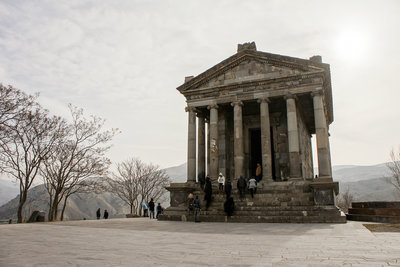 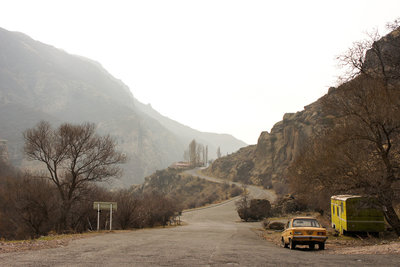 Geghard Monastery to Vishapakars and Temple of Garni Ride

Goght’, Not set (Republic of Armenia)

Verin A…, Not set (Republic of Armenia)