“A route across central Utah's high plateaus on singletrack and rough 4x4 tracks. ”

The Virgin River Rim and Navajo Lake trails above Cedar City (toward the end of Segment 2) are often covered in spruce deadfall in the early season and may not cleared by the USFS until late June. Contact the USFS office in Cedar CIty (435-865-3200) to check on the condition of these trails. The Grandview Trail on the south side of the Paunsaugant Plateau can experience the same issue. Call the USFS office in Escalante (435-826-5499) for an assessment of current conditions.

This route crosses southern Utah’s most scenic plateaus, the Markagunt, the Paunsaugunt, and the Aquarius Plateaus. Beginning on the Markagunt at Navajo Lake, this segment continues on the rugged Virgin River Rim singletrack along the edge of the Pink Cliffs before descending off the plateau on the Harris Rim ATV track. A gas station at Long Valley Junction provides a simple resupply option before the climb onto the Paunsaugunt Plateau, home to Bryce Canyon National Park. The route traverses the edge of the plateau on the demanding Grandview Trail, sometimes up at the rim and other times well below it. Eventually, you'll leave the Grandview Trail, and connect to Skutumpah Road which heads north into the small town of Tropic, named for its relatively mild winters which are uncharacteristic for the region.

Leaving Tropic, you are faced with a a 2,000-foot climb up a highway along the edge of scenic Bryce Canyon National Park. This is followed by the rough ATV track of the Great Western Trail which leads to Pine Lake Reservoir. A steep forest road climb brings you to just over 10,000 feet atop the Aquarius Plateau. Here there is a junction for a mandatory side trip out to take in the view from Powell Point. The views from there are absolutely unparalleled.

The final 75 miles of Segment 3 continues along the Aquarius Plateau, first along its edge on gravel roads before descending to a mix of backcountry singletrack and 4x4 roads and a final downhill into Boulder Town. The views are breathtaking, the temperatures relatively cool, water plentiful (by comparison to the rest of the route), and the singletrack delightfully rideable in places and faint with downed trees in others. Boulder Town itself is a tiny community tucked at the edge of canyon country with a couple tiny stores, a motel, a few restaurants, and a fancy lodge. 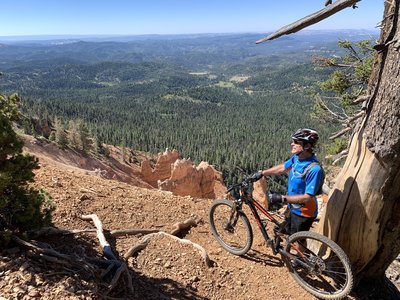 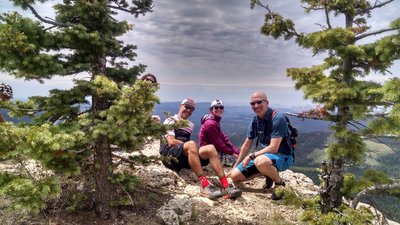 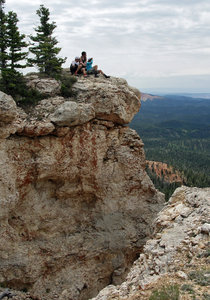 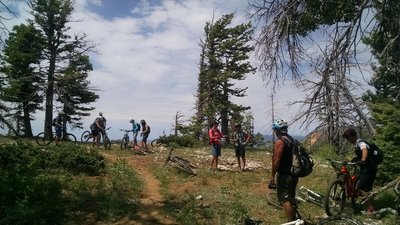 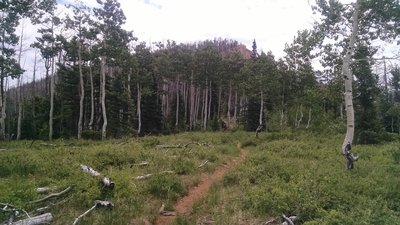 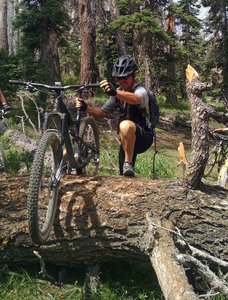