“A riding tour of the Garden of the Gods. ”

Family Friendly The majority of trail is along paved bike paths, and the singletrack is easy riding with little elevation change.

The Garden of the Gods is a spectacular geological attraction in the heart of Colorado Springs. The brilliant pink, red and white sandstone 'fins' formed millions of years ago during a period geologic activity that formed the Rocky Mountains and the Pikes Peak massif.

This ride tours the Garden, along the paved bike paths and the southeastern mountain biking portions of the park.

This ride begins and ends at the Garden of the Gods Visitor Center. Parking is free, but can become quite busy later in the day and on weekends.

The ride tours those areas open to mountain bikes, including marked bike paths along the paved roads around the Garden as well as the southeastern portion of the park that allows mountain biking along gentle singletrack.

From the visitor center, follow the path that passes underneath N 30th Street. From here take the bike path along Gateway Drive and turn north on Juniper Way Loop. The bike path winds around the north end of the Garden of the Gods, and from this vantage, the largest and most recognizable fin, 'Kissing Camels' can be seen.

The Juniper Way Loop then turns south, and along this path, other structures such as the Cathedral Valley can be seen.

Follow the road to the right, along Garden Drive. The loop continues south all the way to Balanced Rock and Steamboat Rock. Turn along Garden Drive, and follow it as it turns eastward, then northward. On the right, follow Juniper Way Loop eastward towards the south portion of the park.

The singletrack then begins off of the east side of Juniper Way Loop, beginning with the Niobrara Trail looping counterclockwise. The trail winds through scrub oak trees, with views of the Garden, then meets with the Ute Trail loop riding it clockwise back to Juniper Way Loop.

Ride back along Gateway Road and underneath N 30th Street, back to the visitor center.

In August of 1859, two surveyors evaluated a townsite, in the Colorado Springs area to be named Colorado City. They came upon the beautiful area of sandstone formations, now called Garden of the Gods. One of the surveyors, M. S. Beach, suggested that it would be a "capital place for a beer garden" when the country grew up. The other surveyor, Rufus Cable, exclaimed, "Beer Garden! Why it is a fit place for the Gods to assemble. We will call it the Garden of the Gods."

Garden of the Gods is now a public park located in Colorado Springs, Colorado, US. It was designated a National Natural Landmark in 1971.

in Garden of the Gods

in Garden of the Gods 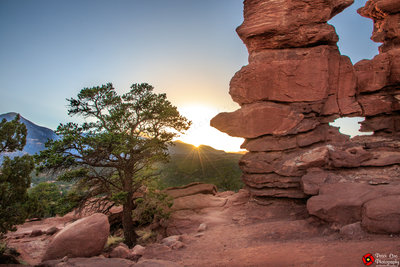 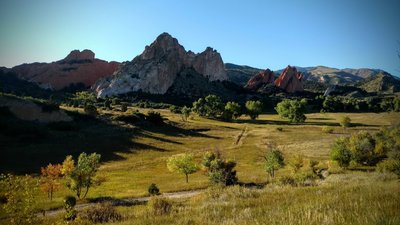 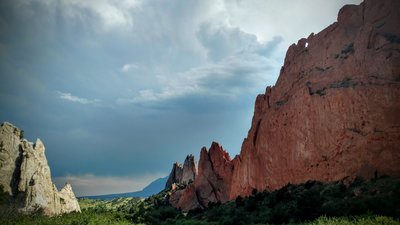 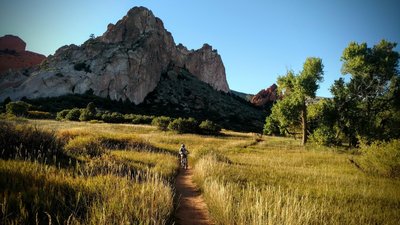 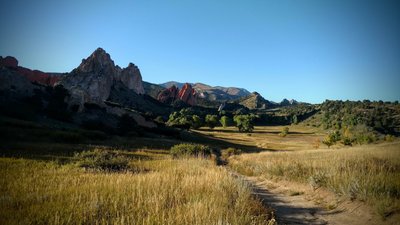 All Clear 43 days ago See History