“A smooth singletrack that leads to a great view of the backbone. ” 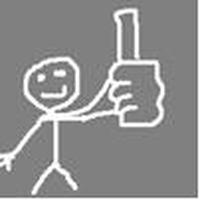 Family Friendly Easy, smooth singletrack that will expose the kids to some cool features like berms and pumping.

Trail is open to bikers, equestrians, and trail runners. No hikers.

This trail opened in June 2016 and subsequently the eastern half of the Wild Loop Trail (known on this site simply as the Devils Backbone Trail, the southern ~1.3 miles of it) was closed to bikes (the western half of Wild Loop already did not allow bikes).

This trail is significantly different from the other trails at Devil's Backbone Open Space. It is smooth and flowy, with some berms and sections that almost resemble a pump track. With all of its twists and turns, it's hard to get your speed up very high, as you used to do on the old Wild Loop Trail on your way back down. That bombing down to the parking lot will be missed, but this trail is fun in different ways.

There is very little, to no technicality, so it is a good trail to bring beginners to. It creates a longer ride before you get to the more rocky and tougher uphill climbs of Hunter's Loop and later Laughing Horse Loop. Once you get up on the northern end of the trail, it also offers a really nice view of the backbone itself, something that Wild Loop never did.

Hidden Valley Trail is open only to bikers, horses, and trail runners. Hikers are not allowed. This permits you to ride with a little more confidence that you won't accidentally bump into a hiker. With the popularity of this open space, this is a big improvement. With this segregation, the trail had been accessed from the western end of the parking lot, and not the northern end where the trail used to start. However, this was recently changed back to bikes accessing from the northern end again. 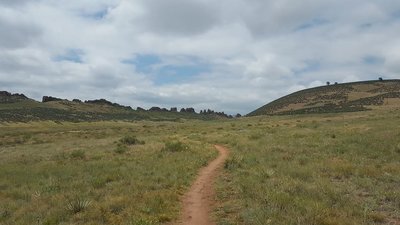