“A huge and fast descent after a tough alpine cruise along the Continental Divide. ” Expect deadfall. Local riders try to keep this ride clear. Be especially wary for it on the fast Three Mile Ridge descent; there are many blind corners and the grass tends to get very tall.

Three Mile Ridge #124 is a favorite of local riders for its sweat and speed. The labor, mitigated by super vistas during the first ten miles on the Continental Divide Trail, gives way to velocity when the bottom drops out for 3,200 vertical feet on a twisted five mile trail that flows like a tumbling stream.

This is a shuttle ride. Leave a car at the Broken Arrow Restaurant or across US-93 from the end of the pavement beyond Gibbonsville on the Dahlonega Road.

The cold drinks in the Broken Arrow are self-serve so act like you know what you are doing. Otherwise, the locals might give you the stink-eye.

The ride begins at the Chief Joseph Pass Trailhead. Head south out of the parking area and cross MT-43 on the Montana side of Chief Joseph Pass. Some people will shuttle further along the Anderson Mt Road to cut out a little climbing.

Look for the trail cutting across the road bank and up into the woods. This is a short section of singletrack through tight trees before the CDT joins the Anderson Mt Road.

The ride along Anderson Mt Road is a pleasant ridge-top cruise through the woods for just under six miles. This forest road climbs steadily, sometimes steeply, for ~750'. After the only switchback in the road, look for a two-track heading off to the left and a tree with a makeshift hand drawn CDT emblem.

Option: Many riders enjoy continuing beyond this junction another 3/4 mile to the top of Anderson Mountain. It is a good place to take a break with a great view from the site of the old fire lookout of the divide and the vast Salmon River country.

The CDT follows a two-track from Anderson Road for less than a 1/2 mile. This two-track descends and then climbs, look for a singletrack bearing right just after the climb.

Once on singletrack, the CDT stays close to the divide itself or contours on the Idaho side. There are steep and loose sections heading both up and down. There are more gentle sections, too, both across open alpine meadows and through the woods.

The singletrack CDT generally descends for the first two miles, then meets the first of two unavoidable hike-a-bikes. Much of the first steep climb is rideable for the strong and it goes 500' vertically. The second hike-a-bike comes after about a mile from the top of the first and climbs another 500' vertical through old burned trees.

The trail stays on the top of the divide after the 2nd hike-a-bike for ~1/4 mile, then leaves the ridge and contours downhill through an open face. Look for a trail marker to the right and a signed tree.

Leave the CDT here for the Three Mile Ridge #124. This trail is less than five miles long and it descends over 3200'! The trail drops down a broad, wooded ridge to a wide saddle and an old hunting camp. Look to the right for the trail to head straight down steeply, away from the camp. There is a sign for water on a tree and possibly an old skull marking the trail.

Three Mile Ridge #124 then crosses a long open hillside that can be steep and loose at times before coming to the head of Three Mile Ridge itself. Here, you re-enter the woods and the bottom drops out. There is nothing super technical about this downhill, it is just a relentless, brake-heating descent.

After about 3.5 miles on the Three Mile Ridge #124, there is a short climb, then another 1000' down to the Dahlonega Road. It is 2.5 miles on smooth forest road with a couple of short climbs followed by another mile of pavement through old Gibbonsville to US-93.

The quartz mines of Gibbonsville were discovered in 1877 by George D. Anderson. The settlement was called Andersonville, at first, but Mrs. George Anderson's father had been a Civil War prisoner in Andersonville prison, so, because of her unpleasant memories, the name was changed to honor General Gibbon who fought Chief Joseph's Nez Perce in nearby Big Hole, Montana.

At one time an estimated 500 men were working underground in the Gibbonsville area. There was a four-teacher school, and, in 1896, Gibbonsville claimed the largest population of any settlement in Lemhi County.

After a serious mining accident in 1898 killed five miners and the mine went into receivership, many of the people left. Some stayed to placer mine and Gibbonsville has never become a ghost town. During the depression in the 1930's, the number of residents increased again as people returned to placering for a livelihood. An elementary school was maintained until 1965. 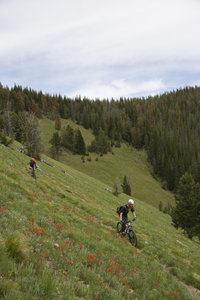 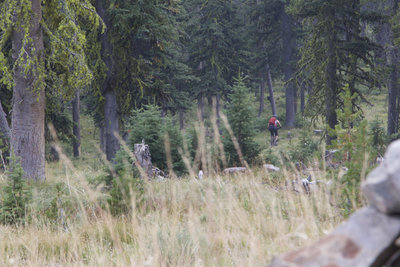 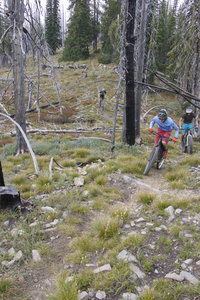 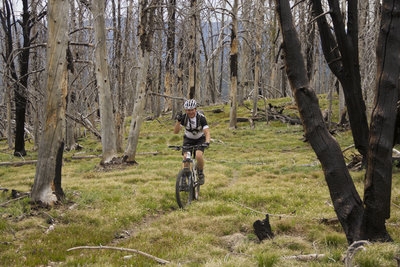 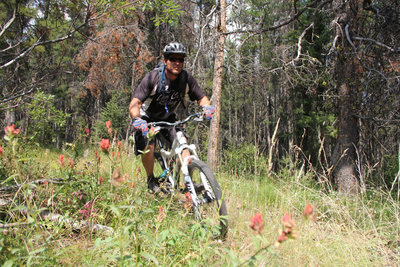 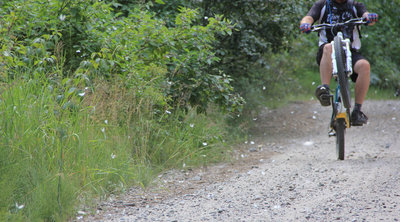