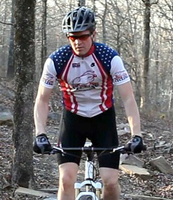 Built in March, 2016, and named in honor of one of the founding fathers of the trails at Camp Robinson, Garys Little Lamb is a point-to-point trail that offers a short, but unique, experience for the brave at heart.

This trail jumps off of one of the switchbacks at the top of Elevator. Generally speaking, the trail is carved into a rocky off-camber hillside generally following the contour line until it connects with XMAS TREE - connects Yucca with Elevator.

Starting from Center Road, take Elevator to Garys Little Lamb and look for the trail on your left. The first part of the trail (starting at Elevator) is relatively smooth and has some flow. The character of the trail changes quickly as it turns south and begins to descend toward an old road bed and crosses a creek. During the gradual descent, the trail is best described as rocky, tight, and rough as a cob. One might say it is like trying to ride a buttered bucking mule; it will test your abilities as a mountain biker.

Once you cross the creek, the trail is smoother and climbs gradually, until it intersects with XMAS TREE - connects Yucca with Elevator.

NOTE: If you stop at the transition point, where the trail turns south and becomes much more technical, look west to experience one of the best views of Pinnacle Mountain. 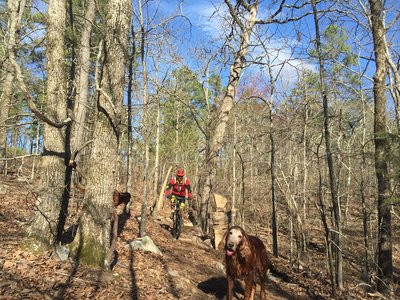 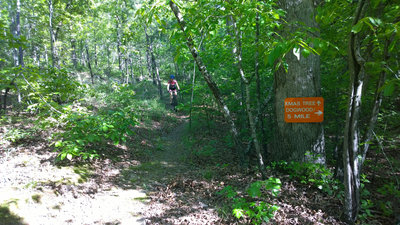 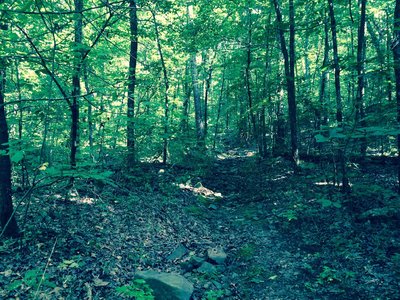